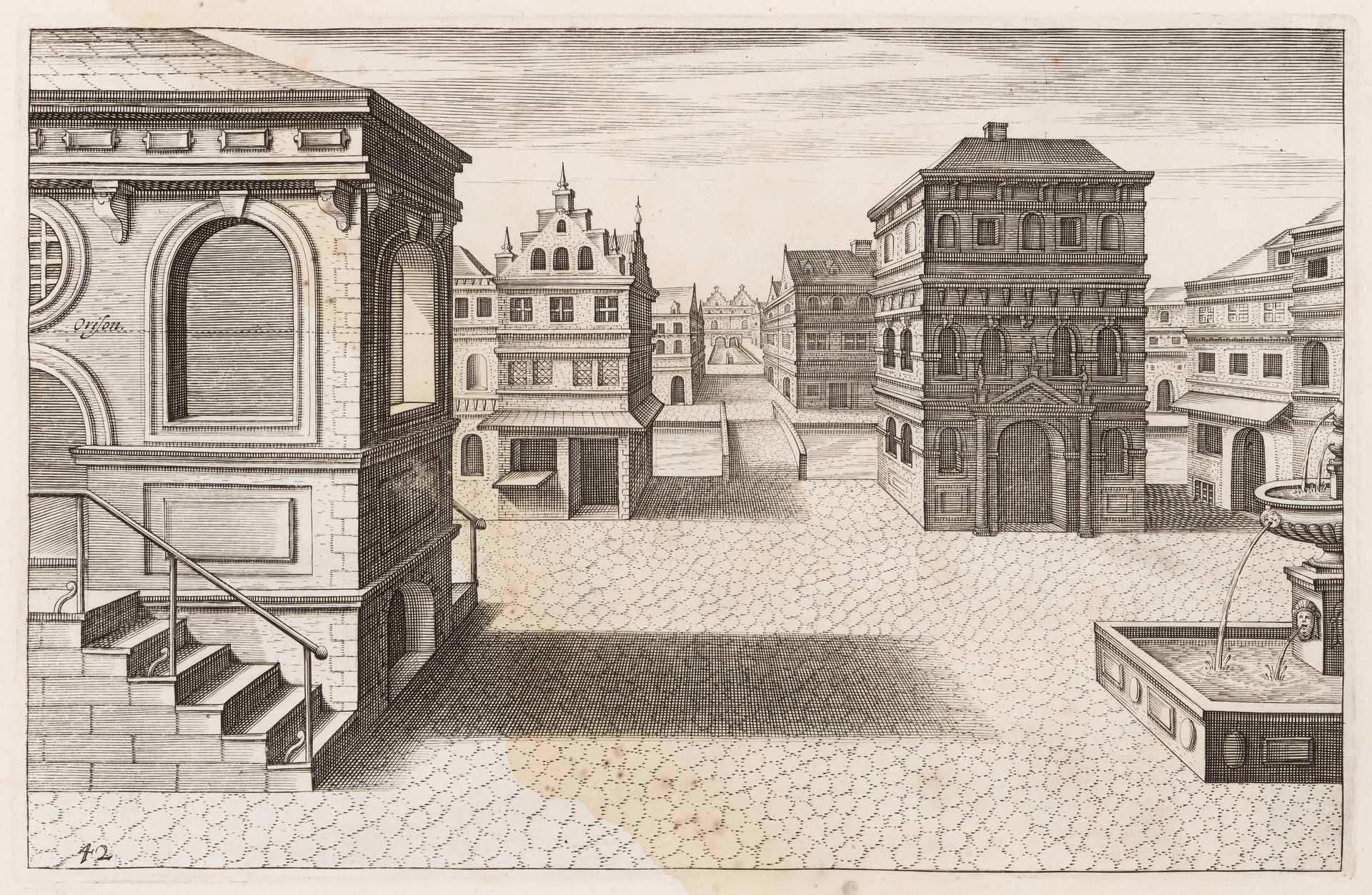 Though best known a painter and a fiercely inventive print designer, the Dutch polymath Hans Vredeman de Vries (1526-1609) was fascinated by imaginary architecture. In Antwerp and Prague he was responsible for a mysterious and largely unstudied body of work dealing with the built environment. Starting with the Scenographiae (1560), and continuing through the two-volume Perspective (1604-5) Vredeman’s publications obsessively depicted nightmarish buildings and cities bereft of any narrative action, or often of human figures altogether. Few of his hypothetical structures were ever built. Yet by 1700 his prints had influenced ornament from Tallinn to Bogotá.

Problematic for the historiography of Northern art because of their unorthodox subject and puzzling intent, Vredeman’s works are curious examples of specialization, compelling case-studies of the changes affecting definitions of building, ornament, and the art market itself under a burgeoning capitalist system and Reformation critiques of image. This paper concentrates on two specific examples of Vredeman’s work held by the CCA – an early book on the classical orders and a tract on vision and perspective. The paper rejects the conventional reading of Vredeman himself as a deviant within his milieu, a view which, it is shown, has assumed that connections between his biography, his work, and his geographical setting were explicit. Just as the notion of a “renaissance” visual culture having sprung solely from Italy is all but certain in recent scholarship, a more expansive, dynamic, and (to use Gilles Deleuze’s terms) deterritorialized notion of multiple “renaissances” has arisen. Here Italy is one vibrant epicenter among many, in which artists move freely amongst diffuse cultural milieus. Vredeman and his mechanically-reproduced works are themselves examples of such phenomena, which bind together - and fragment - early modern “renaissances” through their very movements, their readers, and the sources of their interest.

Christopher P. Heuer is Lecturer and Andrew W. Mellon Postdoctoral Fellow at Columbia University, where he teaches in the Department of Art History and Archaeology. He received his Ph.D. at the University of California, Berkeley in 2003, and in 2004 was Visiting Assistant Professor in Art and Criticism and the University of Washington. His writing has appeared in Res, Artforum, the Journal of the Society of Architectural Historians, Word and Image, and Kunstschrift, as well as in the essay collections Hans Vredeman de Vries und die Renaissance im Norden (2002) and The Artes Mechanicae Revisited (2005) He is currently completing a book on print and failure in the Renaissance, and co-authoring Our Literal Speed: Art History and Performance with Matthew Jesse Jackson. He has received fellowships from the Fulbright Foundation, the Kunsthistorisch Instituut Leiden, the Deutsche Akademisch Austauch Dienst, the Getty Research Institute, and the Alexander von Humboldt-Stiftung.

Christopher Heuer was a Visiting Scholar at the CCA in 2006.