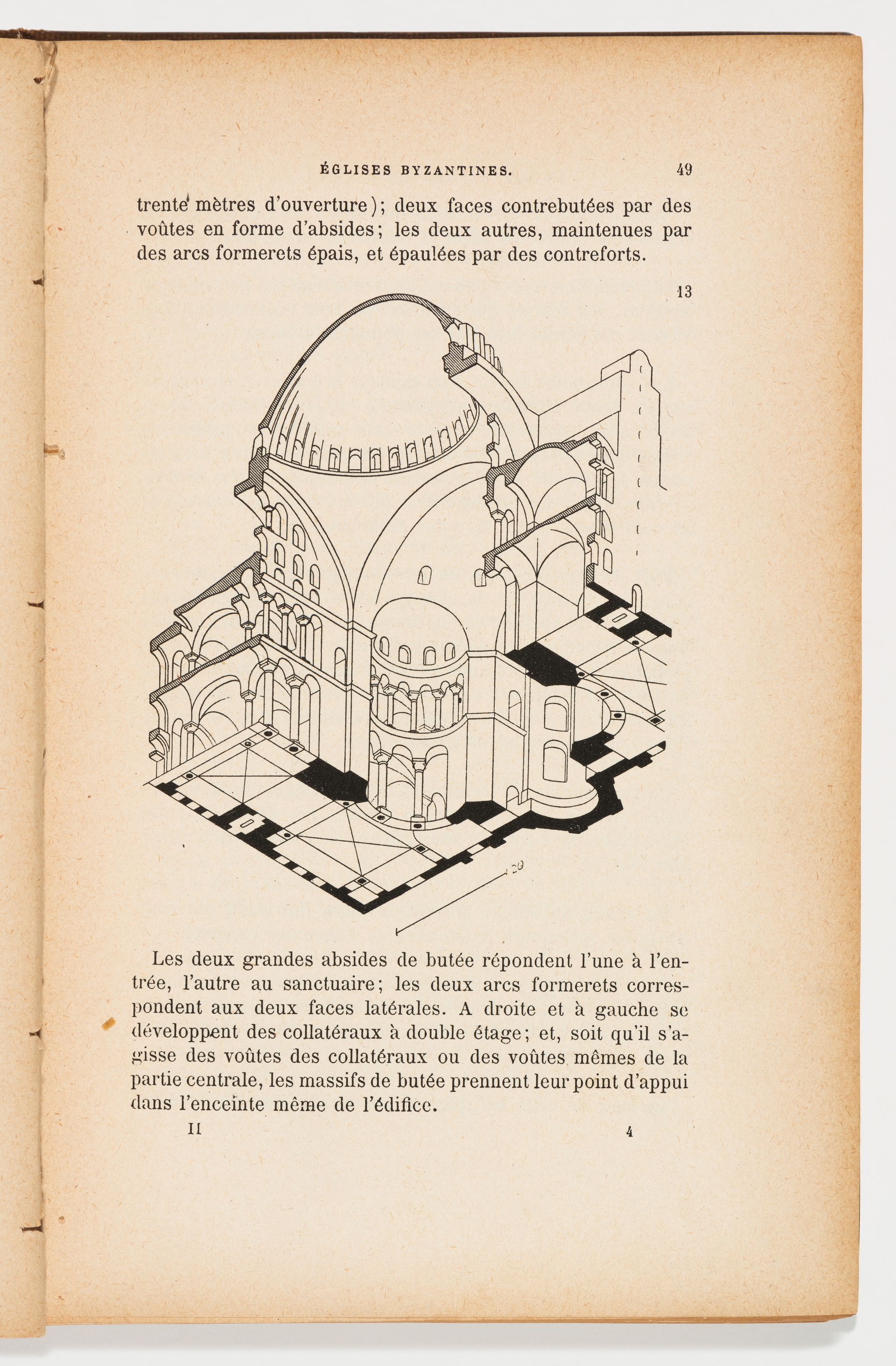 My residency at the CCA Study Centre is devoted to the writing of a monographic study on Choisy and his Histoire de l’architecture. I intend to put into perspective and to resurrect this book’s meanings and theoretical implications. My seminar, however, will consider the most remarkable aspect of Choisy’s work : the graphic representation. If according to Le Corbusier, ‘’the engineer has written the history of architecture like no-one else did,’’ Choisy also illustrated it in a very singular manner making more than a thousand drawings, most of which are using original axonometric projections.

His views with often a ‘’ceiling-effect,’’ which relieves entire buildings or building parts from gravity, have seduced many twentieth-century architects. I will attempt to examine this graphic production to recover a working method and to unveil what axonometrics can tell more vividly than other modes of representation.

Thierry Mandoul is trained as an architect and as an historian. He received a doctoral degree from the Paris-VIII University. He is Professor at the Ecole nationale supérieure d’architecture de Paris-Malaquais and a member of the Research Group Architecture Culture et Société. His research and publications revolve around the architectural theory and its contemporary practice. His latest publication is Usage des images spatiales dans les processus négociés du projet urbain, with E. Chapel and I. Grudet (Paris : PUCA/Ministère de l’Equipement). He authored different articles on Choisy, among which ‘’Entre raison et utopie’’ in Perspective, projections, design, edited by Mario Carpo and Frédéric Lemerle, and publishes regularly on contemporary architectural and urban topics. He co-authored two books on housing, Penser l’habiter, le logement en questions and L’Habitation en projet. De la France à l’Europe, with Monique Eleb et Anne-Marie Châtelet. He is preparing a monograph on Choisy and the Histoire de l’architecture.

Thierry Mandoul was a Visiting Scholar at the CCA in 2006.