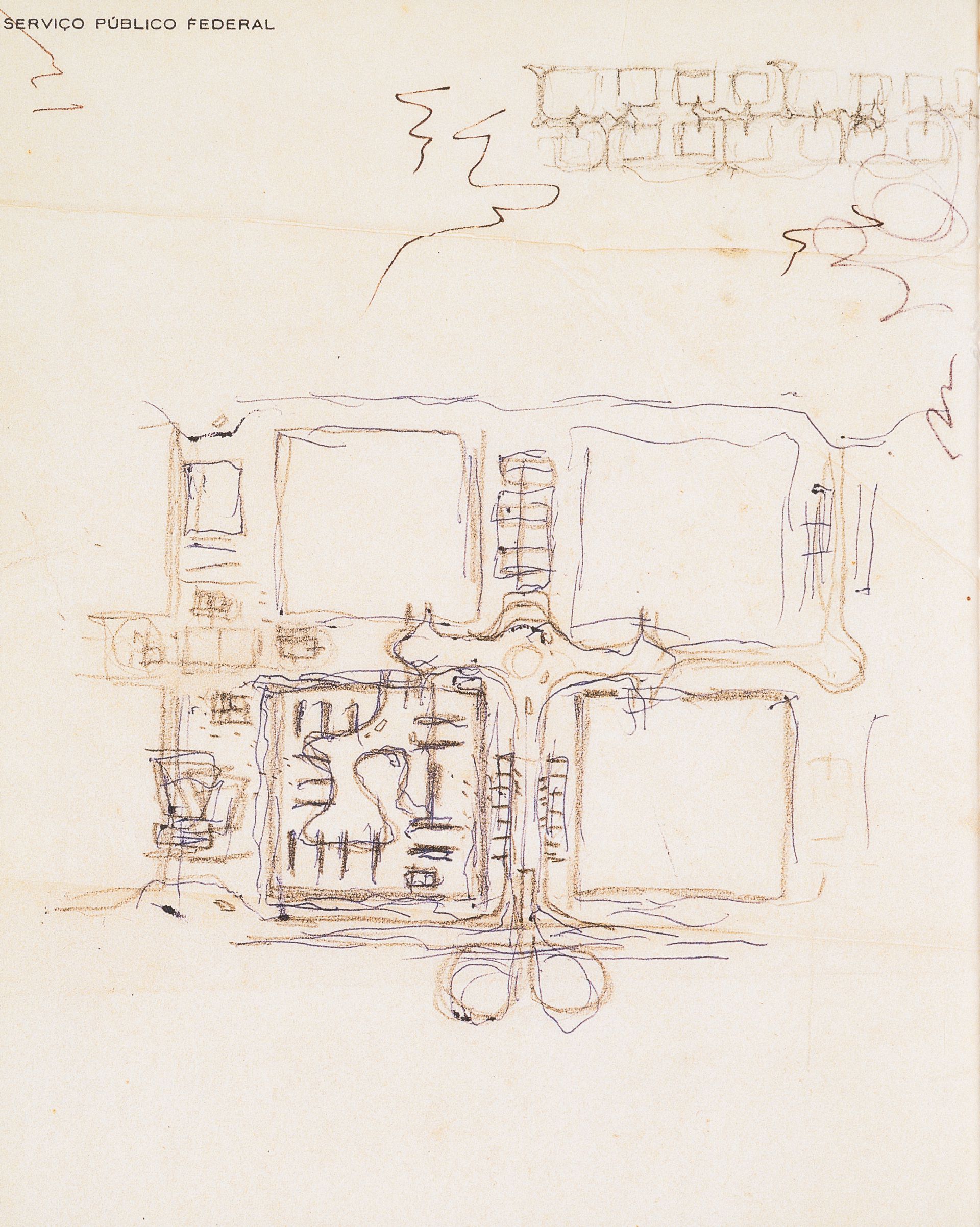 Lucio Costa (1902-1998) plays a central role in the history of Brazilian modern architecture, yet little about him is known outside, or even inside, Brazil. What is generally known is the mere mention that in 1957 he won the Brasilia competition. What is less known is his promotion of modern architecture, especially after having been appointed head of the National School of Fine Arts in 1930 ¬– thereby officially connecting architecture with a modern movement which, a few years earlier, had reached Brazil via literature, painting and sculpture. Aside from his having invited Le Corbusier in 1936 to work with him on the Ministry of Education & Health Project, Costa was also responsible for other seminal moments in the 20th century history of Brazilian architecture – e.g., in 1931, he commissioned Roberto Burle Marx’s first garden and, in 1938, he asked the young Oscar Niemeyer to collaborate with him on the Brazilian Pavilion for the New York World’s Fair. What remains almost unknown is his work as a ‘custodian’ of Brazil’s colonial architecture and the degree to which he conceptualized modernity as a way to rescue the syntax of a Brazilian vernacular in an attempt to define what a modern ‘art de vivre’ ought to be.

Farès El-Dahdah is Associate Professor of Architecture at Rice University in Houston. He completed his doctoral studies at the Harvard Design School. Aside from preparing a monograph on Lucio Costa, he is currently working on a series of projects related to Brazilian modern architecture, including the complete works of Oscar Niemeyer to be published by Phaidon. He recently edited Brasilia’s Superquadra, Lucio Costa (Prestel, 2005) and contributed chapters to Shaping the City: Studies in History, Theory and Urban Design, edited by Edward Robbins and Rodolph El-Khoury (Routledge, 2004) and Lucio Costa: um modo de ser moderno (Cosac Naify, 2004). His essays in architectural theory have appeared in Arte Futura (Brazil), Assemblage (USA), Arquitectura Viva (Spain), Architecture Magazine (USA), Cite (USA), ANY (USA), and Casabella (Italy). He is the recipient of an Andrew W. Mellon Postdoctoral Fellowship (2000) and an Arthur W. Wheelright Traveling Fellowship (2001).

Farès El-Dahdah was a Visiting Scholar at the CCA in 2005.