Dancers, Buildings, and People in the Street: Pedestrian Choreography in the Postwar City 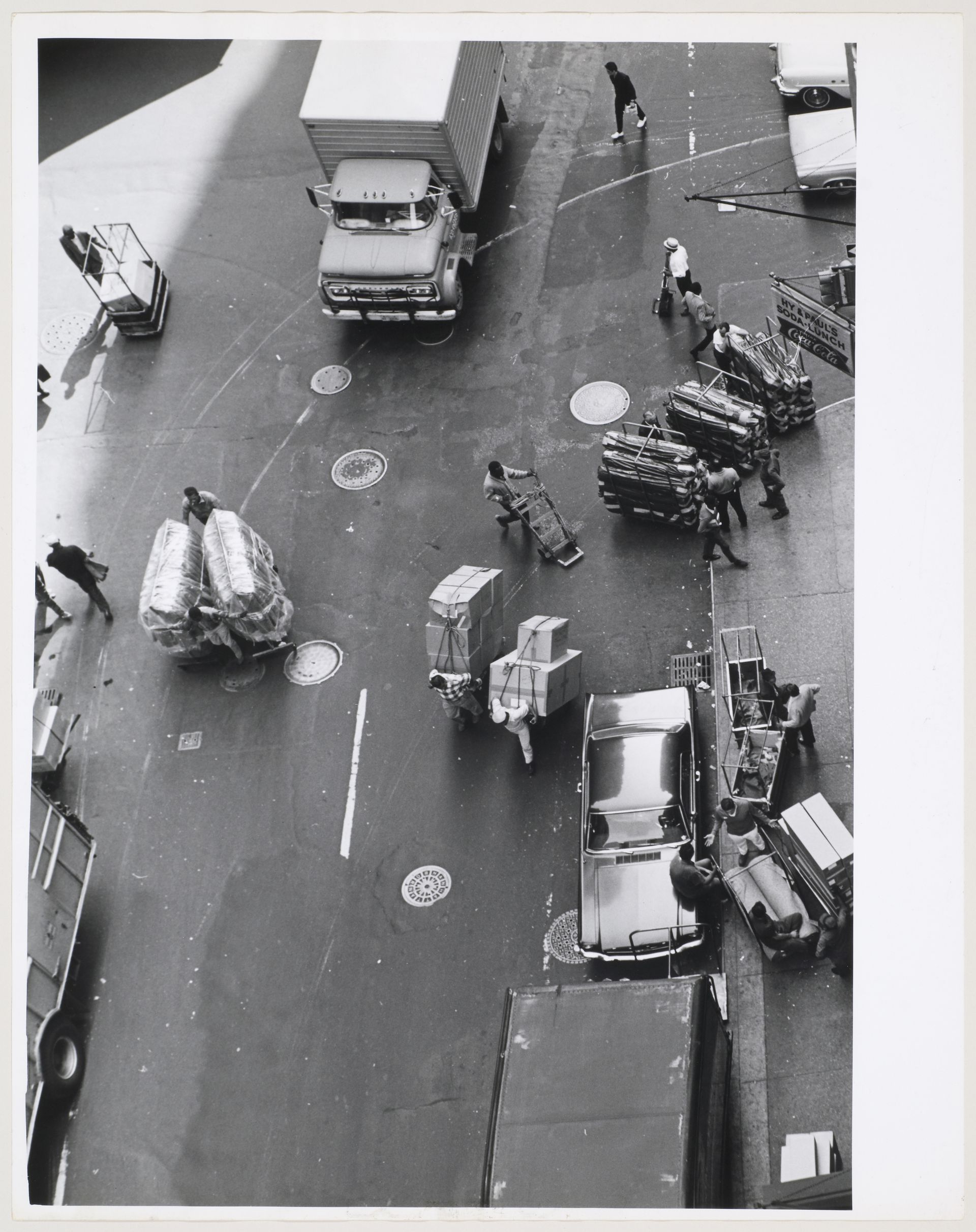 Visiting Scholar Thomas McDonough presents his research on the genesis of a new urban type in the postwar metropolis.

The importation of Gestalt psychology to the United States was linked with a new perception of urban order, one which was less dependent upon unitary figures of spatial integration such as the cognitive map, but upon ’a multitude of smaller, everyday decisions and negotiations; not upon the abstraction of a mental representation of the city, but upon our concrete passage through it.’ Traced through criticism, literature, and photography, I sought to couple this sense of ephemeral choreography with the space of New York’s street grid, out of which arose ‘not a single, coherent image of the city, but rather a neutral lattice open to heterogeneous events.’

Thomas McDonough studied art history at Rutgers College and the Institute of Fine Arts at New York University. In 1998, he obtained his PhD from the Institute of Fine Arts with a dissertation entitled “The Construction of Reserve: Urbanism and Experience in Rousseau’s Paris”. His interest in the examination of social practices in the modern city traverses temporal and geographical boundaries. He has published several articles and publications on the Situationists and edited the book Guy Debord and the Situationist International: Texts and Documents. He is an assistant professor in the Department of Art History at Binghamton University.