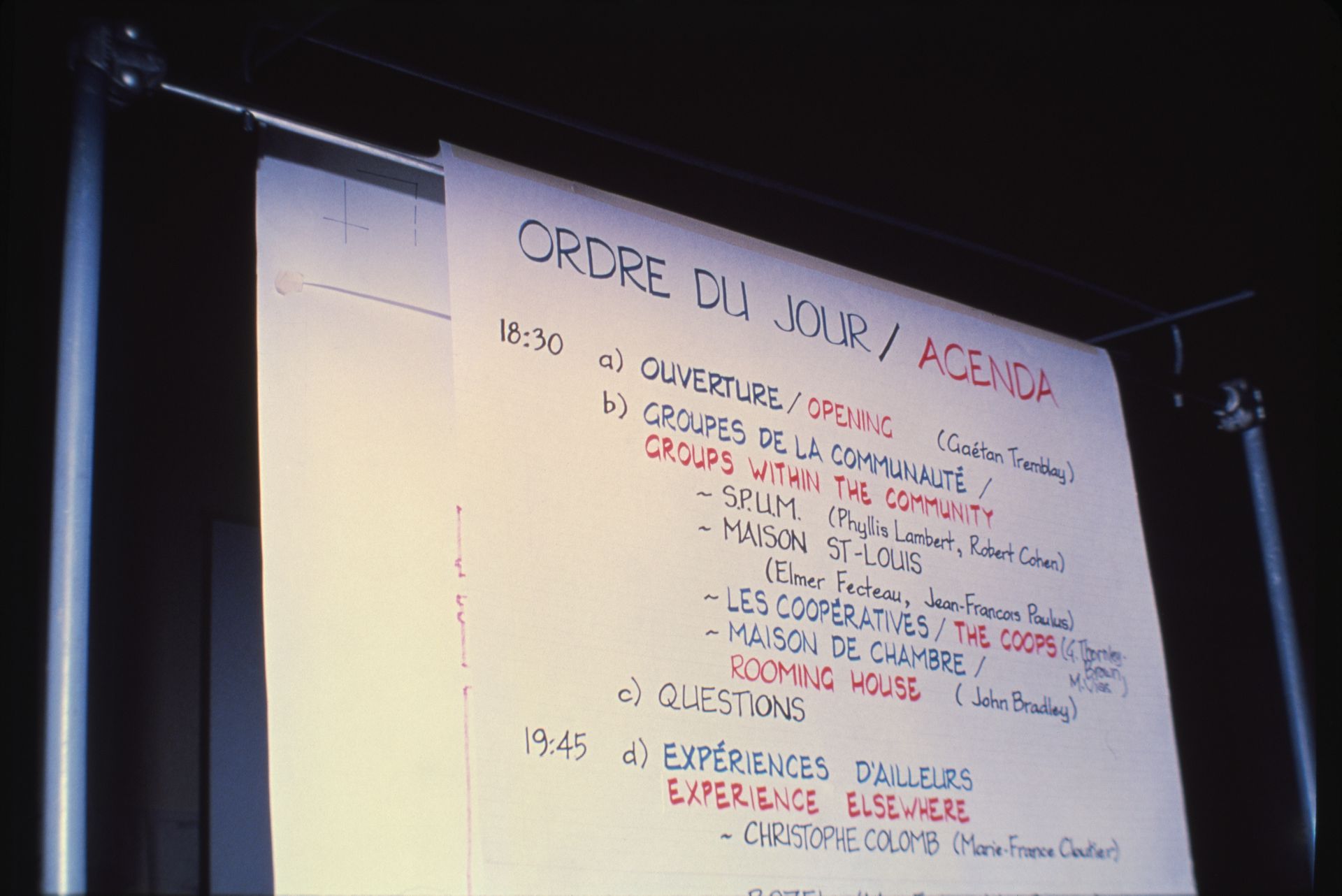 Agenda for a meeting on the Milton Parc project.

As gentrification threatens to uproot neighbourhoods across the world, co-operative housing has regained our attention as the concept of community land ownership has the potential to place certain decisions in the hands of residents. Villages in Cities: Community Land Ownership, Cooperative Housing, and the Milton Parc Story takes us across North America to Montreal, Boston, Vermont, and Mississippi, presenting examples of citizens that have taken back the land to claim their right to secure housing. It also acts as a guidebook to contemporary urban struggles, substantiated by archival material from Montreal’s Milton Parc struggle, which is as relevant today as it was 50 years ago. Villages in Cities presents a succinct portrait of the issues in urban land ownership, the challenge of contesting the State’s presupposed legitimacy in determining our urban future, and the contradictions these elements imply.

Dimitrios Roussopoulos is a community organiser, writer, public speaker, theorist, and a founder of the Milton Parc project. He has lectured widely on social housing, land trusts, and urban ecology. From the 1960s to the present he has been active in the disarmament and anti-war movement, both local and internationally, and has published 15 books, some translated into several languages.

Josh Hawley spent his formative years in housing co-ops and solidified his interest through an MA in Cultural Studies at Queen’s University. Josh is involved in the battle to save his home neighbourhood of Herongate, Ottawa, and he is co-curator of the CCA exhibition Milton-Parc: How We Did It.