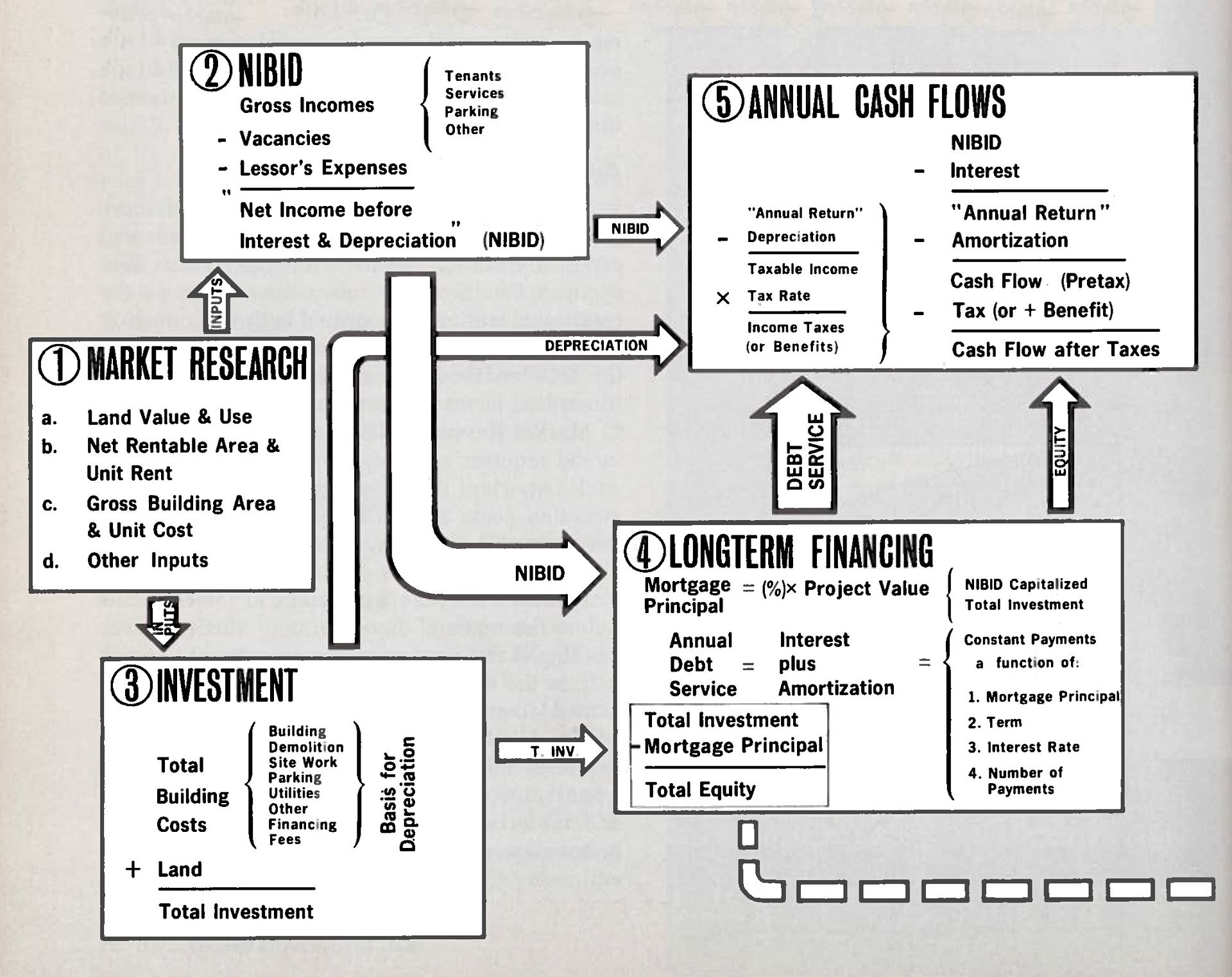 Diagrammatic chart from “Financial Analysis of Real Estate: A Primer for Architects” by Paul B. Farrell Jr. In American Institute of Architects Journal, vol. 50, no. 2 (1968): 78.

The daily correspondence, the slick promotional materials, and even the dry contracts generated by architects and consultants all provide windows to understand the various power dynamics of a project, especially as they relate to the power of the purse strings. By looking at a small set of objects such as these from the collection, this seminar will draw out their meaning and question their value as evidence in architectural history. What kind of histories can be told from faxes and Gantt charts and tourist maps?

Sara Stevens will investigate the relationship between financial institutions and the design process, specifically through how the architecture industry responded to new instruments of financing, such as the real estate investment trust (REIT), in the late twentieth century.

Sara Stevens is an architecture and urban historian, and holds a PhD from Princeton University. She is Assistant Professor of architectural and urban design history and Chair of the Master of Urban Design program at the University of British Columbia, Vancouver. Her research focuses on architecture, cities, and capitalism, exploring the cultural economy of architectural practice, finance, and expertise in Canada and the United States. Her book, Developing Expertise: Architecture and Real Estate in Metropolitan America (Yale University Press, 2016), studies real estate development in American cities in the twentieth century and how developers, investors, and architects worked together to build subdivisions and superblocks, cul-de-sacs, and towers. Stevens has taught at Rice University, Houston, and Columbia University, New York City, and worked as an architect.