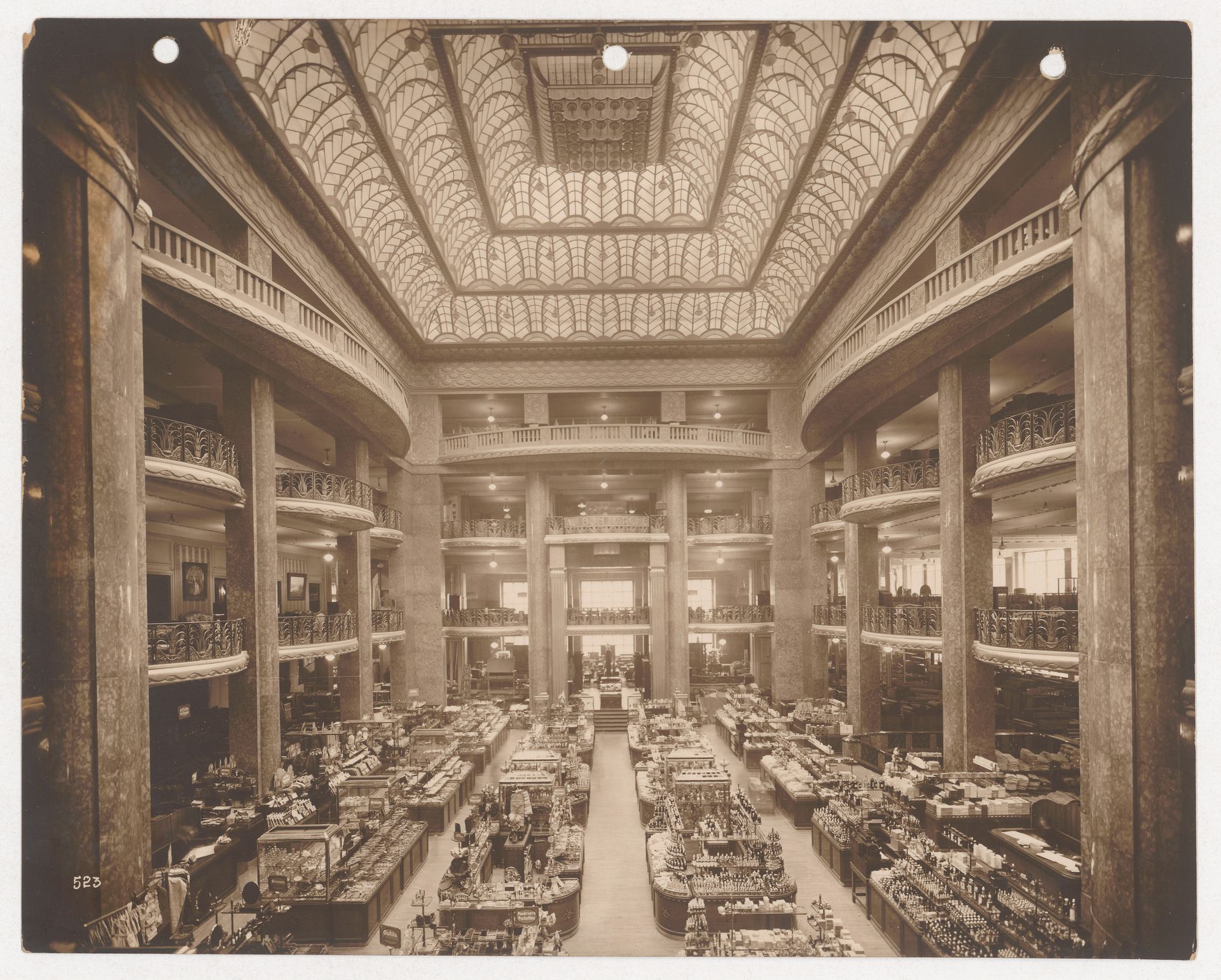 In 2001, The Harvard Guide to Shopping notoriously asserted that shopping had become the last remaining form of public activity. The 800-page tome was an exploration of how shopping had dramatically refashioned cities at the turn of the century. By 2005, Amazon’s introduction of Prime membership service would dramatically shift retail online. Observers would later declare a “retail apocalypse,” following a wave of retail-chain bankruptcies in 2017, when reportedly half of US households were subscribed to Prime. Studies also showed people were choosing to spend more on food and travel. The “experience economy” was producing new spaces for constructing one’s identity and values. Shopping as an urban activity was entering its terminal phase.

It was in this context that curators Fredi Fischli and Niels Olsen initiated Retail Apocalypse at ETH Zurich, producing a compendium of case studies ranging from Félix Vallotton’s depiction of the Bon Marché to Friedrich Kiesler’s display windows to TELFAR’s critical utopias. The research project can be read as a time capsule for the entire glorious, messy, self-aggrandizing history of retail. Relaunched at the CCA, Retail Apocalypse is conceived as a narrative in three phases.

The exhibition begins with Chapter I: Modern Tales, which unpacks the ETH’s research. Pages from the project publication provide context for objects displayed from the CCA’s collections and critical reflections on canonical case studies.

It continues with Chapter II: Bonfire, in which a series of documentary films and video essays contextualize the so-called retail apocalypse of the early aughts. The CCA Octagonal gallery mirrors a surveillance room where visitors can observe spaces of accumulation, saturation, decline, and crisis.

Starting September, the exhibition will reflect on contemporary transformations in retail with Chapter III: Renaissance. On display will be architectural case studies and fashion brands testing the limits of commerce as a site for critical practice – challenging the notion of capital itself and confronting politics of labour, gender, class, and value.

Extended museum hours, every Thursday through 9 June 2002
at 18:00
- Bernadette Corporation, Get Rid of Yourself

Steel Cities documents the architecture of logistics in Central and Eastern Europe, focusing on workers’ lives to contradict the mute appearance of infrastructure often described as posthuman. Whereas the Dead Mall series by Dan Bell portrays the architectural and societal decay of shopping, Cao Fei and Andreas Angelidakis present the ever-growing world of distribution by e-commerce. Finally, Hannah Black and Bernadette Corporation focus on the political aspects of dehumanization as it relates to capitalist acceleration, presenting possible forms of resistance—through acts of protest and looting—despite a collective sense of helplessness.