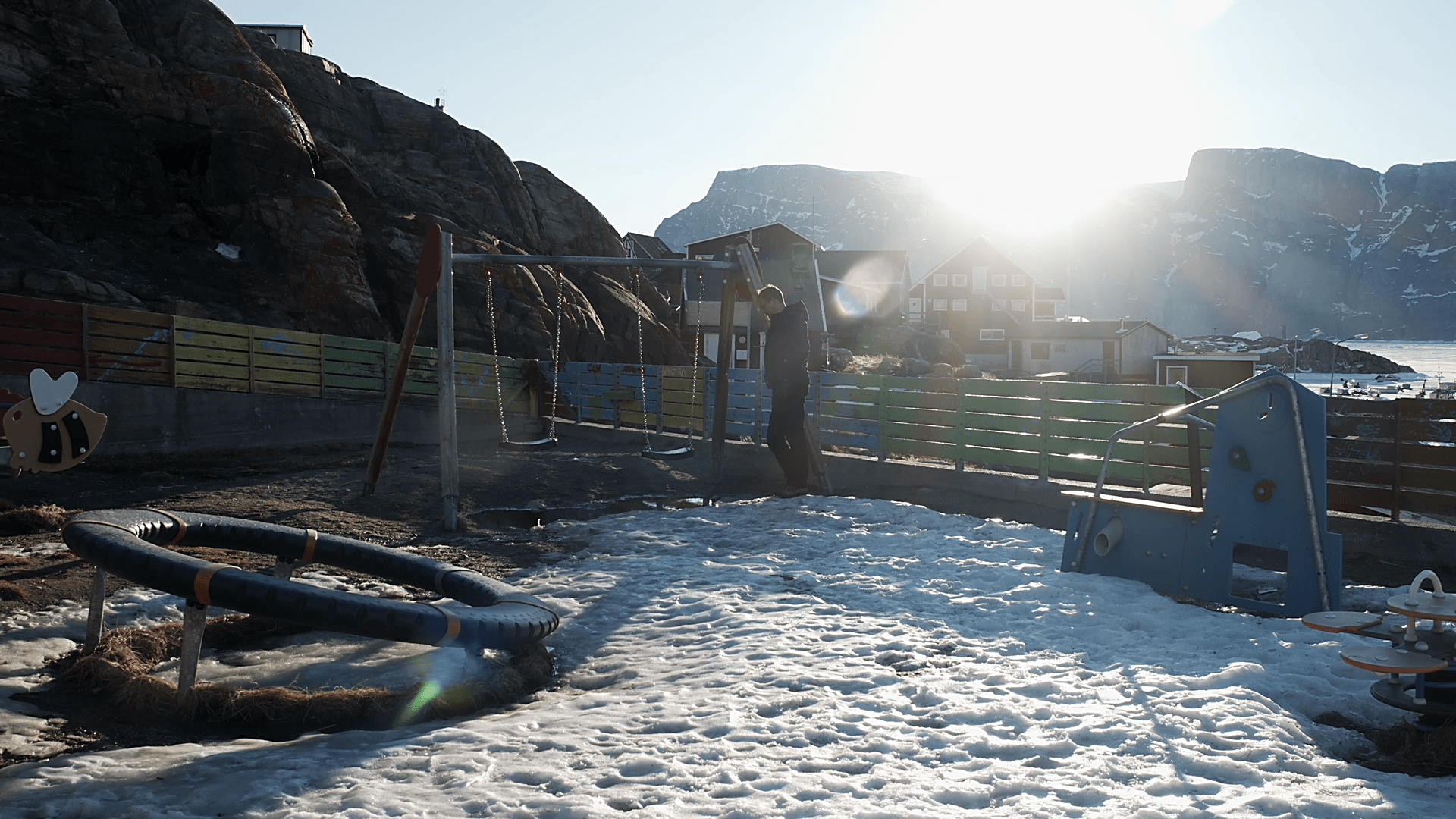 This summer, join us almost every Thursday night in the park for outdoor film screenings, games and performances from Inuit artists as part of Tillitarniit at CCA – Many Hands. For documentary night on 4 August, we will be screening a film by Nivi Pedersen:

Following two people’s current struggles in healing from childhood trauma; Gukki Nuka is an artist returning to the hometown where he was sexually abused; Kornelia is working to break the grip of her trauma-induced anxiety to fight for the freedom she wanted as a child. How do these survivors confront their issues and seek the freedom to dream and fight for a secure life?

The film touches on the harsh treatment and sexual abuse experienced by the two protagonists in their childhood. Please be aware that this content is disturbing and not suited for children under 15 years old. On-site assistance will be offered for anyone who needs it.

Nivi Pedersen is a Greenlandic actress and filmmaker working from Nuuk. She founded Nivaara Films in 2017 as a platform for portraying different aspects of Greenlandic culture.