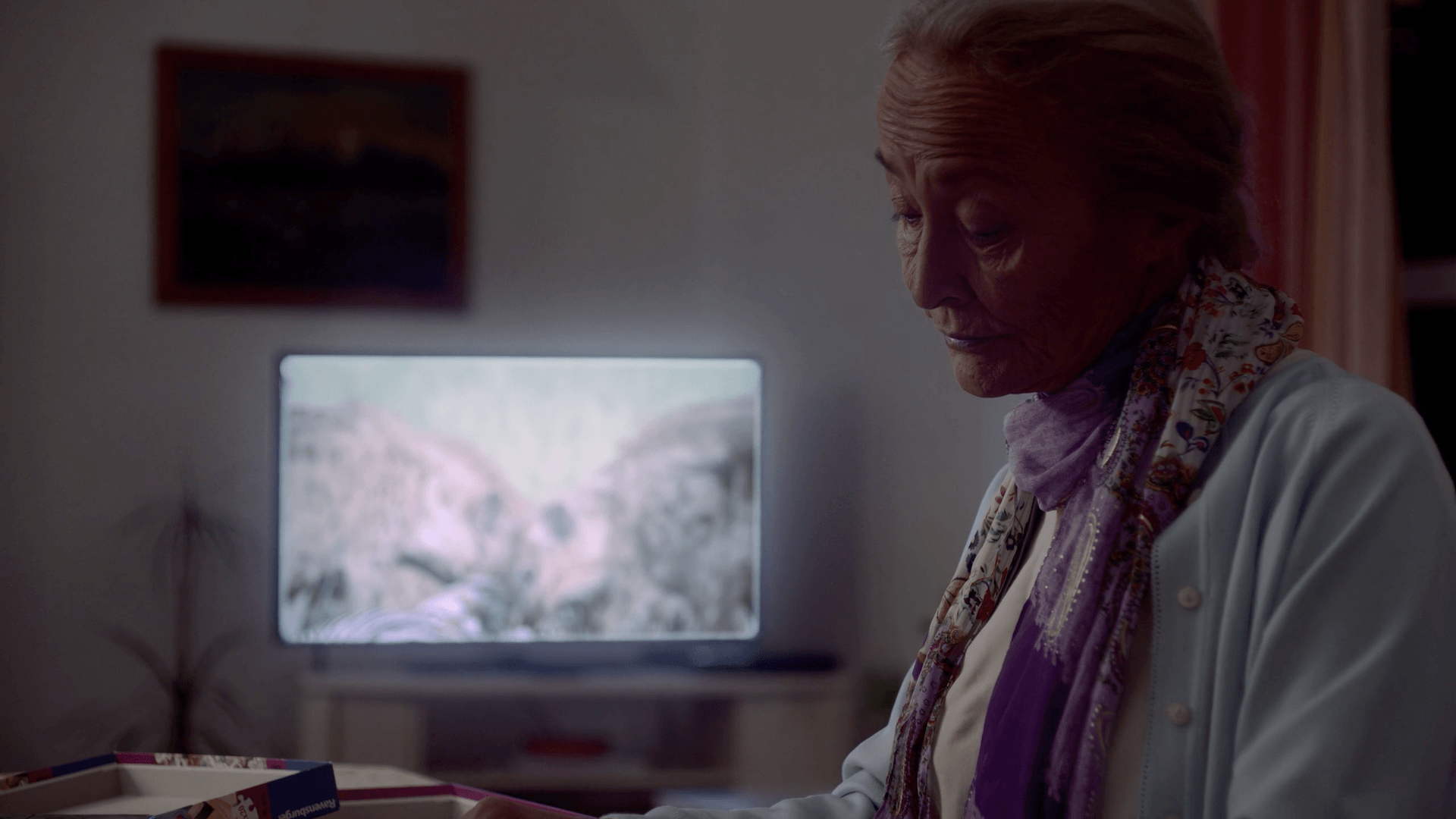 This summer, join us almost every Thursday night in the park for outdoor film screenings, games and performances from Inuit artists as part of Tillitarniit at CCA – Many Hands. For horror night on 1 September, we will be screening three short films:

Nalujuk Night is an up-close look at an exhilarating, and sometimes terrifying, Labrador Inuit tradition. Once every year, the Nalujuits appear on the sea ice walking on two legs, with their animalistic, skeletal, and otherworldly faces they approach their destination: the Inuit community of Nain. Despite the frights, Nalujuk Night is an exciting chance for Inuit, young and old, to prove their courage and come together as a community to celebrate culture and tradition. Who is willing to take their courage in both hands to face the Nalujuits during these evenings?

UPDATED follows Anna’s son, Miilu, who is discussing with his fiancé if Anna should attend their wedding or not. Anna suffers from hallucinatory dementia but is already a user at e-Na, an assistive equipment for people with dementia and their relatives. An update arises that will enable them to soothe her better when frightening hallucinations occur and will make it possible to have her at their wedding. So why shouldn’t Miilu update Anna’s e-Na equipment?

Titular character Imajuik is the only person left in Nuuk. It’s 2060 and the once-busy capital has been deserted due to a uranium mine explosion nearby. Suddenly Imajuik’s device detects one life form – but is that a good thing?

Jennie Williams is an Inuk visual artist, photographer, and throat singer from Happy Valley Goose Bay, Labrador. She photographs people in their everyday environments and circumstances, to document practices and traditions in the manner that they are celebrated in Labrador today.

Nivi Pedersen is a Greenlandic actress and filmmaker working from Nuuk. She founded Nivaara Films in 2017 as a platform for portraying different aspects of Greenlandic culture.

Born in Denmark, Marc Fussing Rosbach has worked as a visual effects artist, composer, director, and editor for film, TV and music video productions in Kalaallit Nunaat (Greenland). He was also a TV host for Nuuk-based Tumit Production and is the CEO and founder of Furos Image.