In 2002, Homma photographed the Petite maison au bord du lac Léman, a house in Corseaux, Switzerland, designed by Le Corbusier for his parents. Following this first encounter with Le Corbusier’s work, Homma was inspired to research the concept of the window in architecture and began to examine how architects think of landscape as seen from buildings. Homma’s resulting work has been internationally exhibited and was published in Architectural Landscapes (2007) and A Song for Windows (2016).

In 2013, the CCA commissioned Homma to photograph the projects of Pierre Jeanneret and Le Corbusier in Chandigarh. This experience made Homma aware of the formal specificities of the architectural solutions developed by Le Corbusier in India. That same year, Homma exhibited Pinhole Revolution/Architecture and in 2016, he published The Narcissistic City, both projects reflecting his growing interest in the camera obscura and the window’s affinity to the camera aperture.

Following a dialogue with the CCA, Homma returned to Europe and India between 2016 and 2018 to expand his research on Le Corbusier’s use of windows. Homma’s wide-ranging project was the subject of a 2019 publication by Koening Books, the Window Research Institute, and the CCA entitled Looking Through Le Corbusier Windows by Takashi Homma. 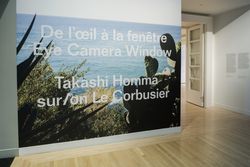 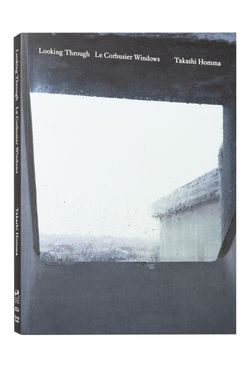 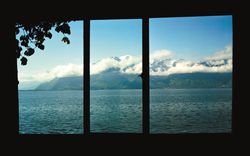