When We Live Alone explores the ways in which we live alone together in contemporary cities. The unprecedented rise of urban dwellers living on their own challenges normative ideas about home and raises questions about how this change in social structure and lifestyle affects cities as a whole. While the causes of living alone seem apparent—shifting social values, the flexibilization of labour, new demographics, increased wealth, and changes to normative gender roles—the effects on society and its spatial configurations remain uncertain. Through a series of interconnected vignettes, the film interrogates this new urban condition, offering glimpses into the lives of individuals inhabiting singleton homes and the extended domestic sphere. Urban dwellers living on their own, architect Takahashi Ippei, and sociologist Yoshikazu Nango navigate the audience through a series of sole spaces in Tokyo. If living alone is our new reality, the film asks what does it look like?

When We Live Alone is the second film in a three-part documentary series produced by the CCA. This series examines the ways in which changing societies, new economic pressures, and increasing population density are affecting the homes of various communities. Through the lens of architectural projects in different socio-political contexts, each episode looks at the global scope as well as the local specificities of a particular issue. While the second episode examines how people who live alone engage with the city of Tokyo, the first part of this series, What It Takes to Make a Home engages the pressing issue of homelessness, and the third part of this series deals with another challenge to urban society created by changes in lifestyles and demographics that affect the spatial configuration of our environments: our rapidly growing aging population.

This film received the generous support of a private donor.

The film premiered in fall 2021 at the Architecture Film Festival Rotterdam in The Netherlands, and is travelling festivals worldwide since. 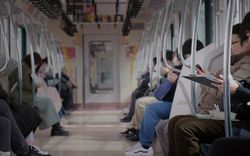 Other films in the series 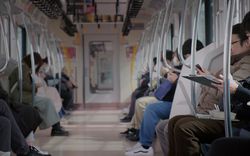 Solitary and Social
Return to Past
1
1