A Section of Now: Sites for Architectural Intervention 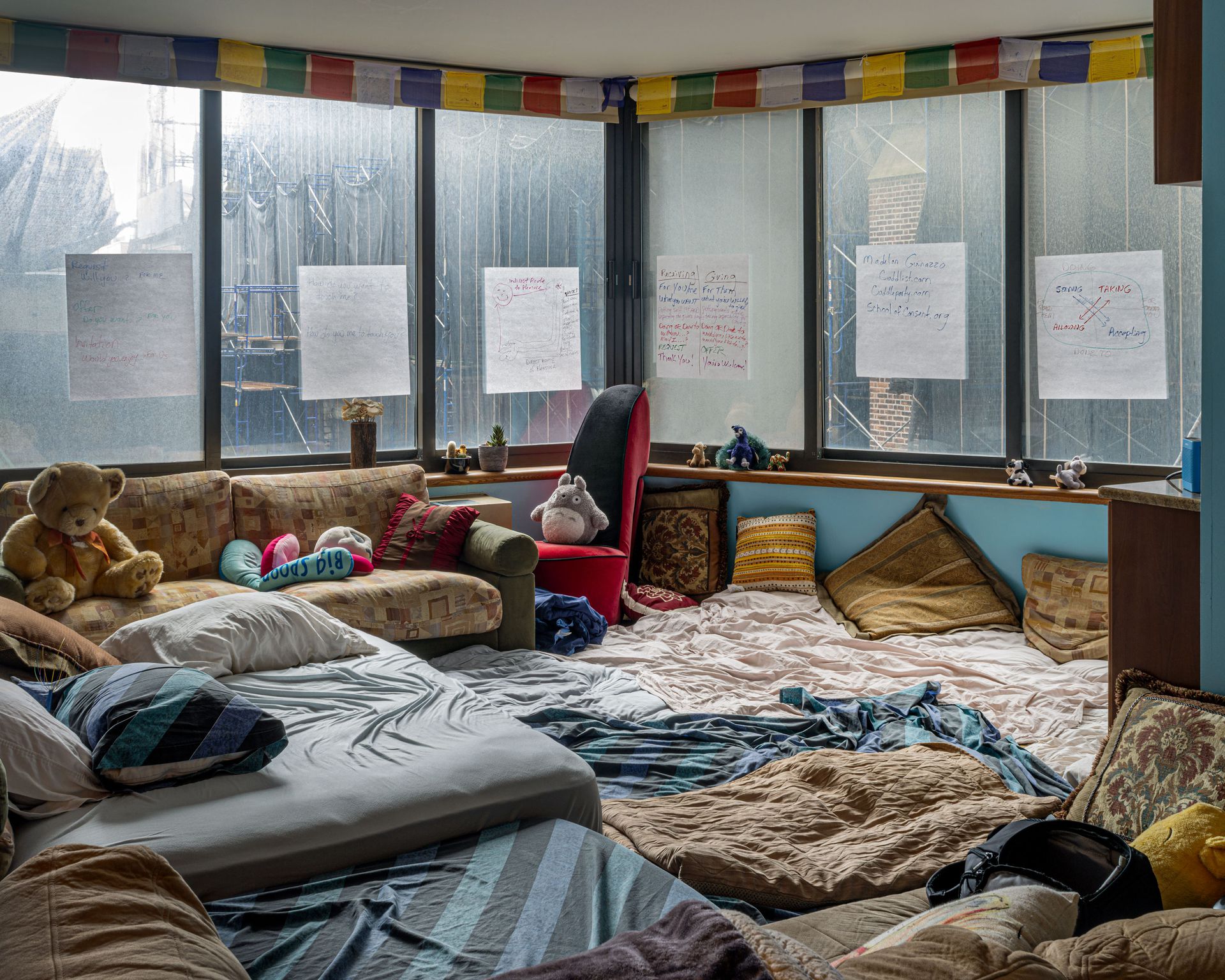 Modern society once ascribed a clear role to architecture—or at least a role that is less ambiguous than that of the current moment. In the postwar years, Western society was understood according to much more homogenous terms than it is today: you would typically form a family through a heterosexual marriage, after which you and your partner would raise two children (ideally a boy and a girl); work was typically a career that you would start after finishing your studies and that you would keep for your entire working life; the income from this career would likely support you and your family and give you the possibility to buy your own home; and at the end of this, you would likely retire, enjoying the peace you deserve before disappearing in a cemetery somewhere. All of these moments established a parallel design within architecture and the city, informed by the clarity and consistency of the values that society once put forward.

Today, however, family, love, friendship, work, labour, governance, ownership, debt, consumerism, fertility, death, time, retirement, automation, and digital omnipresence have all radically shifted, multiplied, and diversified in meaning. We are confronted with and live within a whole new set of values—which are often contradictory—that carries new norms and rituals as a consequence.

A Section of Now looks at today, at the society in which we currently live, with a focus on possible sites for intervention that respond to these new frameworks. How can architecture and urbanism better understand our contemporary questions, and how might they adapt to address these new challenges?

While contemporary values are rapidly reshaping the built environment, architecture is not only responsive but can also, at its best, anticipate and even influence the direction of society through spatial endeavours. Adaptations of existing typologies and also new typologies are required for our current society where the nuclear family isn’t a societal bedrock; where robots become a mainstay of domestic life and caretaking; where friendship takes on new meanings; where birth and death can be planned and designed; where the youth is extremely committed to environmental and spatial justice; where we work more than ever, regardless of the increased automation of labour; where addictions are many and simultaneous; where it is possible to retire at thirty years old or to be already in substantial debt at the age of twenty, and where there is an obsession with sharing and yet more and more people choose to live alone.

Through TV series, contemporary photography, architectural research, and designed objects, A Section of Now critically depicts where we are now and points to the urgent need for a new spatiality and the formation of new societal relationships.