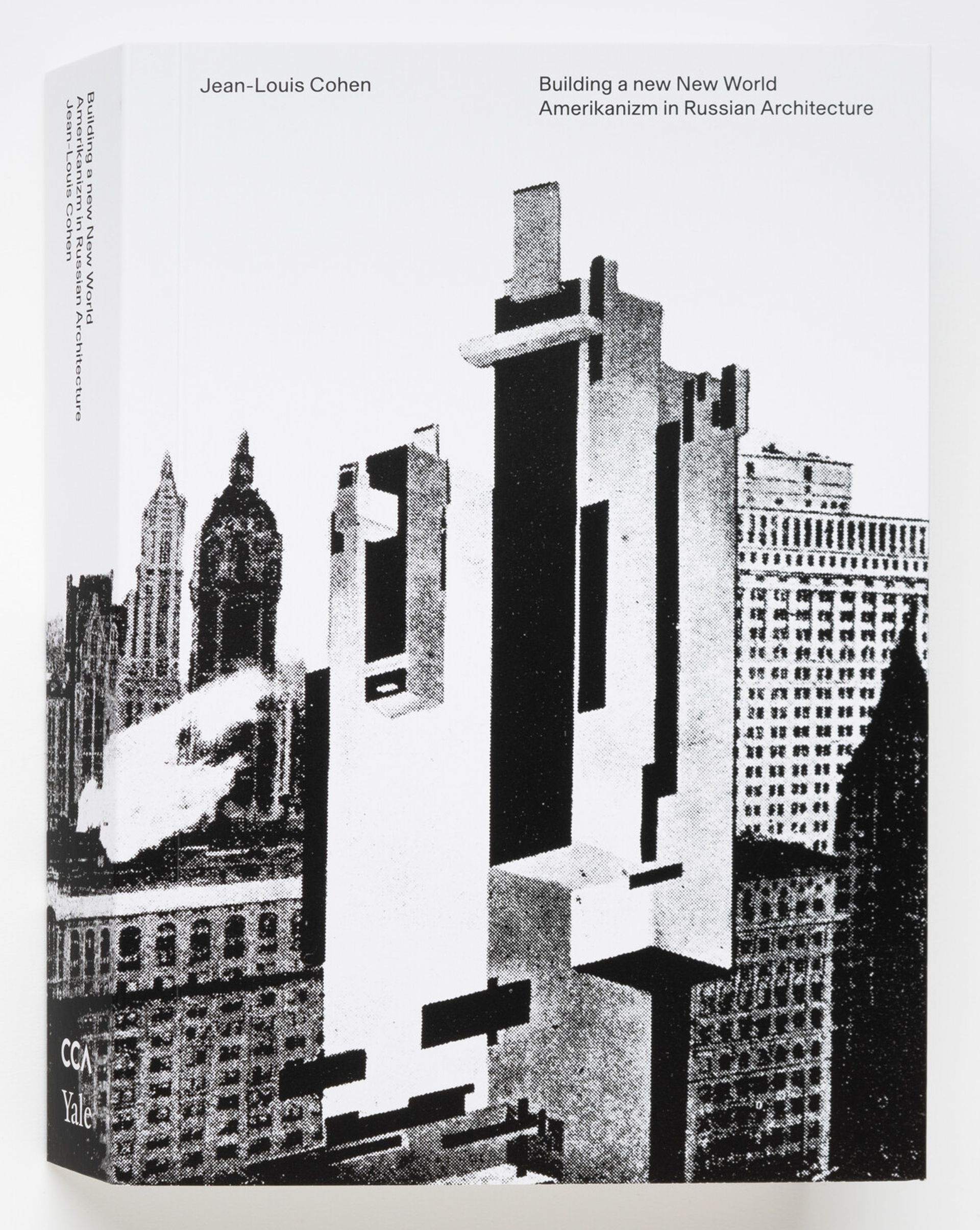 Idealized representations of America, as both an aspiration and a menace, played an important role in shaping Russian architecture and urban planning from the American Revolution until the fall of the Soviet Union. In Building a new New World: Amerikanizm in Russian Architecture, Jean-Louis Cohen traces the concept of “Amerikanizm” and its impact on Russia’s built environment from early czarist interest in Revolutionary America, through the spectacular World’s Fairs of the nineteenth century, to department stores, skyscrapers, and factories built in Russia using American methods during the twentieth century. Visions of America also captivated the Russian avant-garde, from El Lissitzky to Moisei Ginzburg, and Cohen explores the ongoing artistic dialogue maintained between the two countries at the mid-century and in the late Soviet era, when the Cold War induced a strategic competition.

Following the many journeys of Russian writers, politicians, and planners through the American territory, foregrounding the constant streams of cultural and technological transfer from the U.S.A. to Russia, and revealing the parallel fascination among Russian and American intellectuals with the ongoing pursuit of land occupation and development within their respective borders, this book calls into question our understanding of modern architecture and its broader geopolitics.

Architecture in Uniform: Designing and Building for the Second World War