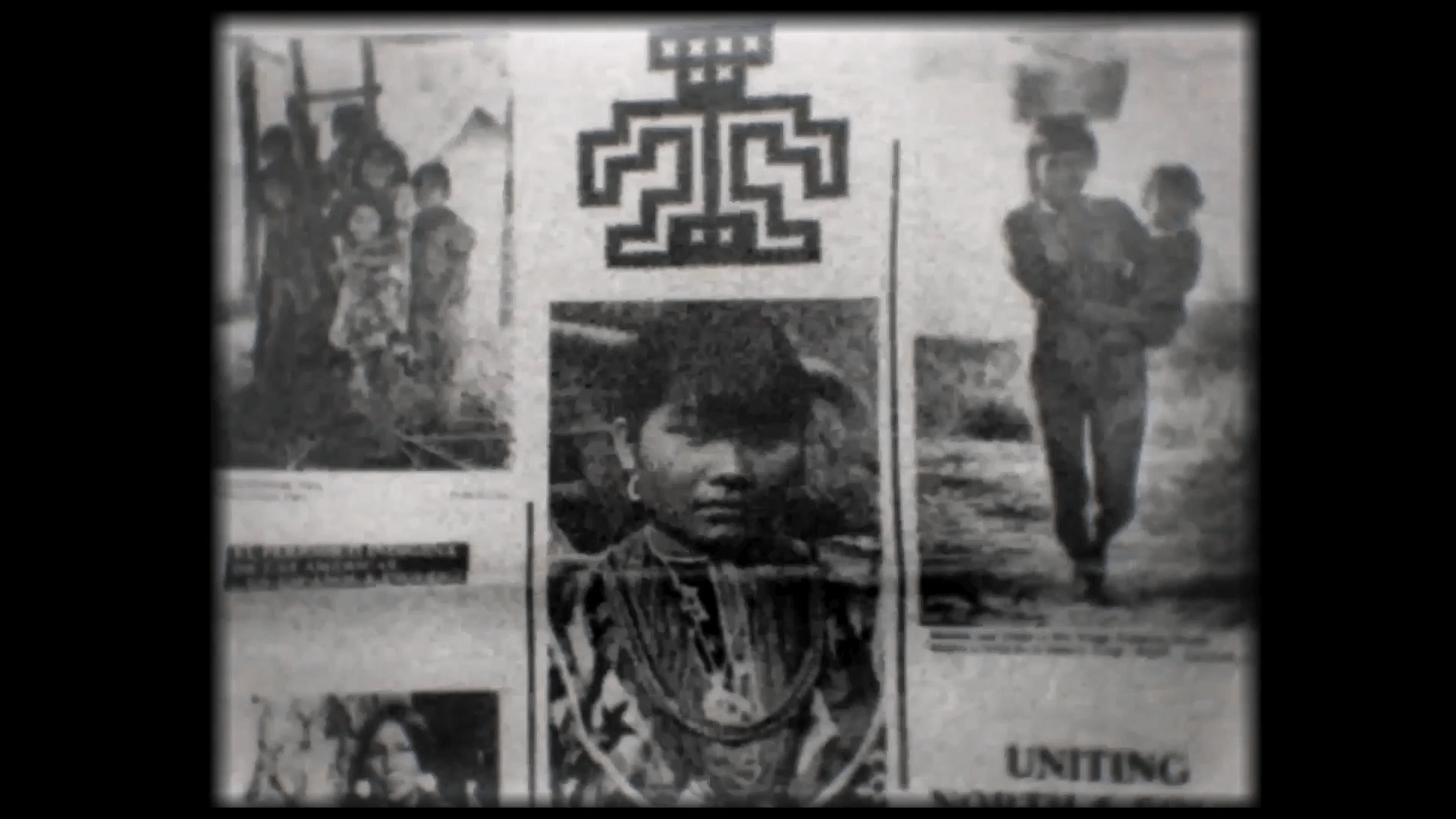 This summer, join us almost every Thursday night in the park for outdoor film screenings, games and performances from Inuit artists as part of Tillitarniit at CCA – Many Hands. For experimental night on 11 August, we will be screening five short films:

Beach Heart is an animated love letter to the artist’s late mother, and to the sea, shoreline, and sky near where she lived. It was recorded in and around the many beaches and coves at Elmastukwek, Ktaqmkuk (Bay of Islands, Newfoundland) during the summer of 2021.

Spirit Emulsion follows an Indigenous woman’s connection to the spirit world as she activates a Taíno legacy. The Super 8 film developed with plant medicines evokes the intangible, as flowers portray family love and ancestral sovereignty. How will these concepts evolve into the future?

Seeing her is an animation of the details of the artist’s great-grandmother’s amauti, a parka typically worn by Inuit woman. (raw footage S16)

If These Walls examines the former Birtle Indian Residential School site in Manitoba – one of the last remaining residential schools— and how the presence of these buildings loom in the minds of all Canadians, but especially those who experienced, and continue to feel the effects of, the longstanding harm that these systems created. Most of the footage was shot on hand-processed 16mm film with permission, and all text included in the work was extracted from the many volumes of the Truth and Reconciliation Commission’s Final Report. How do these sites carry the memory of this long and dark era of recent Canadian history?

Historically depicted as welcoming people in remote snowy landscapes, this image does not represent the many Inuit today who live across the globe, are from mixed ancestry and live less traditional lives. Using antique wind-up bears, layered animation, and analogue techniques, Ajjigiingiluktaaqtugut is an animated documentary and an exploration of identity and belonging by Inuit, both within and outside of community. What does it mean to belong in a changing world when ideas of Inuk-ness are so tied to particular representations?

Glenn Gear is an animator, filmmaker, and visual artist from Newfoundland now based in Montreal. As an urban Inuk with ancestral ties to Nunatsiavut, his works centre on individual and collective history and the exchange between Indigenous and settler populations.

Born in Yellowknife, Siku Allooloo is an Inuk and Haitian Taíno writer, artist and poet, now residing in Whitehorse. She is an active community builder and her practices focus on advocacy and land-based education, centering Indigenous resurgence. {: .info } Lindsay McIntyre is a filmmaker and multi-disciplinary artist of Inuit and settler descent. Working with 16mm film using experimental and handmade techniques, her short films circle themes of portraiture, place, form and personal histories.