View
In the galleries
ᐊᖏᕐᕋᒧᑦ / Ruovttu Guvlui / Towards Home
Visibly Iroquoian
Upcoming exhibitions
To Remain in the No Longer
The Lives of Documents—Photography as Project
Out of the Box: Amancio Williams
Opening hours
Holiday hours 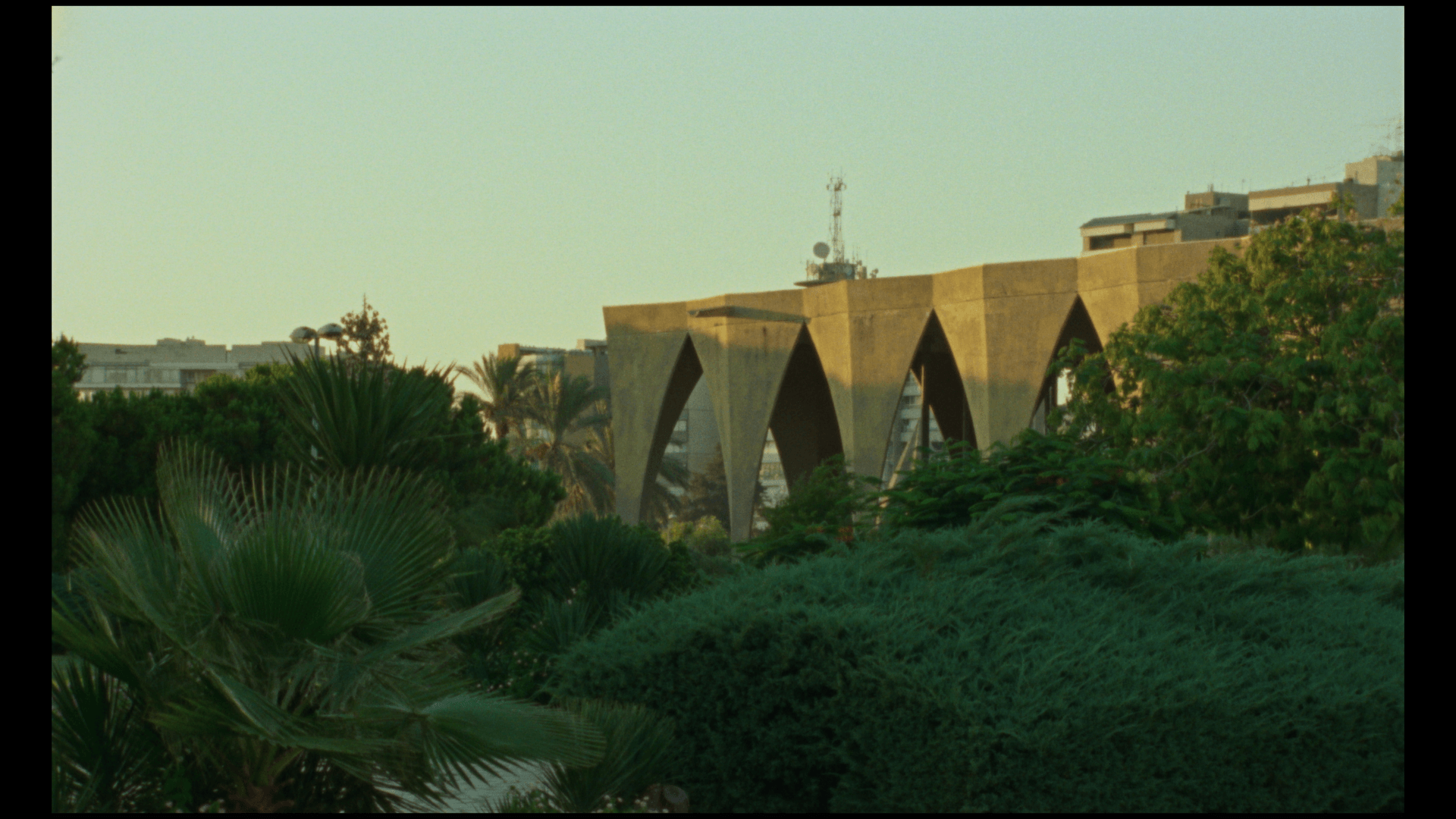 In 1962, Oscar Niemeyer was invited to conceive an international fairground in the city of Tripoli, Lebanon, which was never completed. كیف لا نغرق في السراب / To Remain in the No Longer looks at how architecture operates in this failed state. By examining the precarity of the project site that remains to this day, the film reflects on the country’s current socio-economic crisis.

Employing archival materials, interviews, and 16mm and digital film, the experimental documentary explores the political and cultural forces that have come to bear on the site—from its halted construction to its imposed abandonment and attempted reappropriations. How has architecture been instrumentalized in the ongoing construction of a national narrative? What is the role of architects in shaping society within corrupt ecologies of power and failed financial engineering? Film becomes a plastic medium to reframe the positivism of urban masterplans and architectural monuments and formulate a social critique. Modern structures under threat of collapse stand in as protagonists to tell the story of a promised metropolis that never came to be, while the fairground acts as a lens to look at implicit collapse beyond the perimeter of the site.

كیف لا نغرق في السراب / To Remain in the No Longer will premiere in Montréal and be accompanied by an exhibition in the form of research notes in the CCA Octagonal gallery. Joyce Joumaa, 2021–2022 Emerging Curator, conducts an archeology of failure and expands her research beyond the limits of the camera frame to study the institutions that have shaped the cultural memory and day-to-day realities of Tripoli. The Lebanese Civil War that started in 1975 suspended construction of the fairground, and subsequent political turmoil has also left the legacy of Niemeyer’s vision in a precarious state. Found fragments of the political and economic landscape reflect the discourse of her documentary film and provide further context to the city’s past neglect, current paralysis, and uncertain future.