(–)
With and Within
Will Happiness Find Us?
What about the provinces?
A history of references
Into the material world
Take care
Nature reorganized
Ideas of living
The Other Architect
Origins of the digital
The rest of your senses
Journeys and translation
What the future looked like
The planet is the client
Technology sometimes falls short
What you can do with the city
Let us assure you
Of Migration
A Social Reset 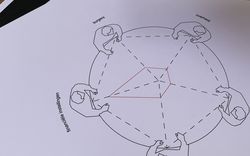 From Within an Ecology of Practice
Published: 30 June 2020 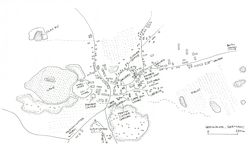 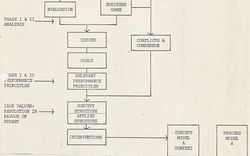 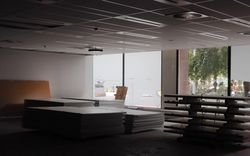 Choreography is a good word for it
Published: 14 September 2020 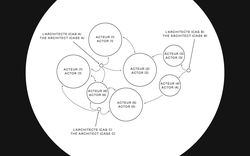 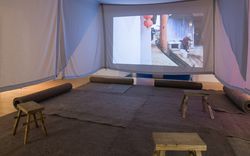 Untitled (The Things Around Us)
Published: 15 February 2021 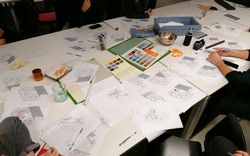 The Architecture of Cooperation
Published: 19 April 2021 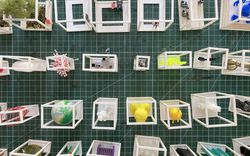 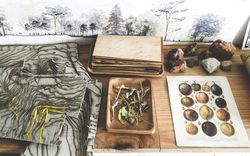 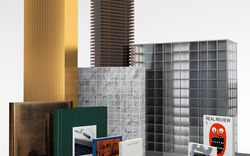 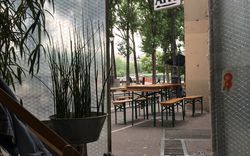 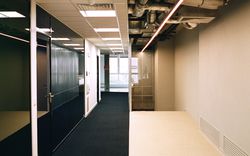 Print article
Will Happiness Find Us?
What about the provinces?
A history of references
Into the material world
Take care
Nature reorganized
Ideas of living
The Other Architect
Origins of the digital
The rest of your senses
Journeys and translation
What the future looked like
The planet is the client
Technology sometimes falls short
What you can do with the city
Let us assure you
Of Migration
A Social Reset

Any architectural site today is defined by a collision of forces—economic, political, environmental—that a single, professionalized form of expertise, like architecture, cannot decipher on its own. Whether in the biggest cities or most remote villages, the term “building” ends up feeling less indicative of a process of creation than the output of a careful coordination—an intricate choreography—of conflicting influences. This issue asks what it means for the architect to operate within a tangled web of players and assume a more humble, modest place in a rich ecology of practices.

From Within an Ecology of Practice

Choreography is a good word for it

Untitled (The Things Around Us)

The Architecture of Cooperation

The architectural diagram is a tool of abstraction used to map field conditions and locate points of interaction for the discipline, “engendering an architecture of minimal means and maximal effects.”1 As a conceptual framework, it can be traced to Albrecht Dürer’s perspective grid and to Jeremy Bentham’s panopticon, two systems that are illustrated in absolute geometrical terms and that therefore rely on a formal reading of spatial production.2 But as the architectural discipline faces a crisis of relevance in the face of the various environmental and social crises underpinned by neoliberal development, space is increasingly produced in categorical terms, not formal ones. That is, design is often reduced to a service, responsive only to the needs of an all-encompassing economy. The projects of the architectural offices 51N4E and Rural Urban Framework (RUF), located in the midst of rapidly changing patterns of territorial development—from highway urbanism in China to suburban densification in Belgium, urban renewal in Tirana to informal sprawl in Ulaanbaatar—offer examples of tactical resistance to the status quo of the architectural discipline. To contend with the restrictive nature of practice today, offices such as 51N4E and RUF might draw on the principles of agonism to think of design not just as the manufacture of individual experience, but as the enabling of cooperative social production.3 And they might, as such, require new diagrams to reorient their positions to maximal effect.

Diagram of the scales of tactical intervention, featured in the exhibition The Things Around Us. Concept by Francesco Garutti, graphic design by Something Fantastic, Berlin. © CCA

These five diagrams, featured in the exhibition The Things Around Us, are attempts to synthesize and distill a selection of 51N4E’s and RUF’s projects under five themes: scale, perspective, threshold, time, and position. In the galleries, they provide points of reference to navigate the fragmented and layered content on display. Here, in the CCA’s second building, they function as a postscript—a point of departure to further explore the meaning of an expanded ecology of practice.1 The diagrams, taking 51N4E’s and RUF’s work as case studies, borrow methods and logic from other disciplines. Read in contradistinction with the paradigmatic diagrams of architectural history and theoretical discourse, they suggest new modes of positioning the architect within the uncertainties of our current reality. The abstract charts and graphs are instruments not to predict or control the nature and outcome of transformation, but rather to recalibrate the potential role of the architect within a parliament of things.

The Venn diagram, for instance, which comes from set theory, illustrates how the space of difference can be an alternative means of order—one established through the negotiation of things. Rather than be understood as subjects and objects in specific hierarchies, architects and the things around them can instead be understood through their interactions. Agency is not their inherent property, but a fluctuating force based on ongoing processes of confrontation and exchange. By rescinding control, architects can embody an ethics of weakness, challenging a general stability through the uncertainties of the particular.1 Their minor interventions, unscripted spaces, and experiments with coalition building generate within their contexts targeted social benefits, demonstrating an anti-heroic position and defying the logic of optimization.

The Things Around Us enacts an assembly of figures and objects to probe at the dynamics that shape our environment and societies across geographies and scales.1 Among the heterogeneous cast of “actors” who constitute the specific social, economic, political, environmental, and material conditions of 51N4E’s and RUF’s test sites, the architects act as agents in delineating common ground and shaping spaces for collectivity among and between things. Their interventions in different contexts underscore how notions of private property and public realm hold distinct meanings in different places—defined, in each, by the specific legislative and cultural norms that regulate space.

A Klein diagram, taken from urban planning, provides a useful model for expanding the field between public and private, pushing beyond the typical figure-ground binary to evaluate dimensions of publicness with greater nuance.2 The matrix is not a base on which to plot projects but a rhetorical device used to question how registers of civic space are established and how architecture can act as an apparatus in the production of society.3 To differentiate between the representation of “openness” and its enacting as a function of democracy, it is useful to refer to the discourses of literary and art criticism on relational aesthetics and consider how the building as a cultural object exists in tension with the things around it.4

The work of 51N4E and Rural Urban Framework occupy the gap in the discipline between the production of autonomous architecture, which is based on discourse among architects, and the actualization of building, which is both product and producer of economic growth. To circumvent this double-bind, the reflexive method, borrowed from the social sciences, provides an alternative diagrammatic approach.1 Interventions are preceded by balanced action and reflection over the course of extended engagements, as demonstrated in both offices’ design research strategies in contexts undergoing tremendous social shifts. An elastic understanding of time and of the architect’s role in the evolution of things is crucial.

In language, prepositions exist to create spatial and temporal associations. This diagrammatic exercise can be seen as an exploration in visually mapping prepositions, in searching for a position and orientation for the architect through an expanded reading of relationality.1 By taking on the contradictions and entanglements of reality, diagrams can become tools to challenge established networks of power.2 The five diagrams in The Things Around Us take up dialogue as the primary method for destabilizing the idea of an author who designates order to the environment around them. In attempting to embody the logic of weak architecture, they illustrate a position for the architect that does not presume “to impose itself, to be central, to claim for itself that deference demanded by totality.”3 This position, in which architects act as researchers, designers, planners, entrepreneurs, and community organizers and communicate with clients, contractors, builders, and policymakers, embraces uncertainty and resists the kinds of systematic processes that can be tracked and managed by flow charts.