Video release and live Q&A: Fred Scharmen on Domestic Life in Space in the 1970s 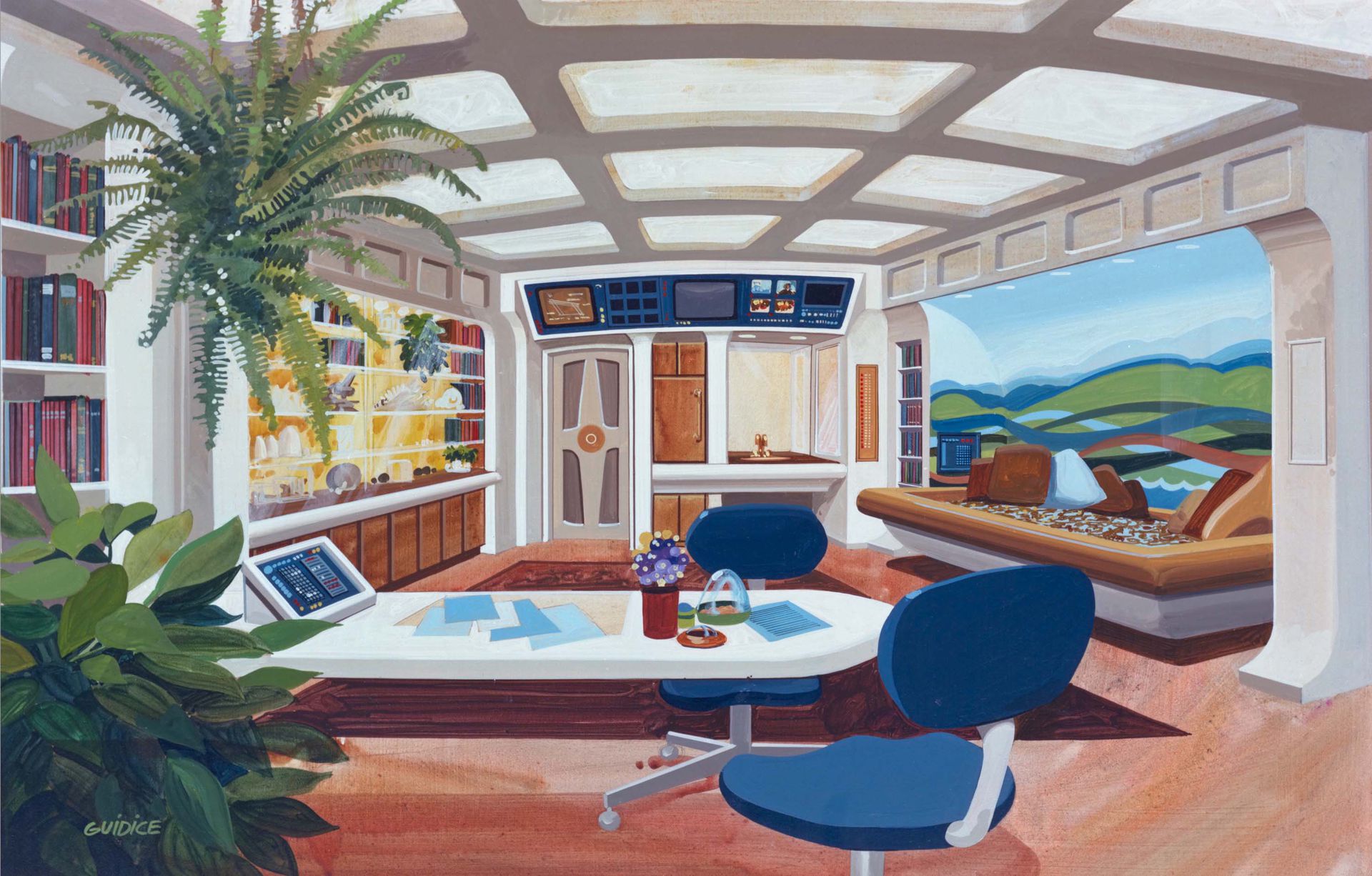 We will host a live Q&A on Instagram on Thursday, 25 June, at 6:30pm Montréal time. Questions for the Q&A may be submitted to public@cca.qc.ca or left as comments on YouTube.

In the literature and space programs of the 1970s United States and USSR, there was a sense that the task at hand had changed. Lessons from space had come down to Earth, and possibilities for life in space seemed more domestic, more stable, more normal. Some of the more disturbing, disruptive, and inscrutable aspects of previous fictional and factual work had to be dealt with by new players in a very particular way. The docking of Apollo and Soyuz models of 1975 demonstrated that space offered new potential for détente and cooperation, but it also created a situation that depended on the normalized domestic interiors of the Soyuz orbital module designed by space architect Galina Balashova. The extension of Earth’s comfortable places and things out into space are mirrored in the science fiction work of Arkady and Boris Strugatsky, where characters like the Stalkers bring strange and wonderful artifacts from elsewhere in time and space back into terrestrial places to be used for mundane ends.

This lecture is part of Search for a new New World. The more frustrated you are on earth, the more you hope for in space. Moving beyond the terrestrial focus of the exhibition Building a new New World, four case studies from before the revolution to the space race look to Russian sci-fi to probe individual hopes and ideas about new societal organization. Inherently experimental, sci-fi stories and films could reflect on what was and wasn’t possible in Russian reality and think beyond it.

Fred Scharmen teaches architecture and urban design at Morgan State University’s School of Architecture and Planning. His work as a designer and researcher focuses on how architects imagine new spaces for speculative future worlds. He is the author of Space Settlements (2019).

Natalija Majsova on Soviet and American Sci-Fi Cinema of the 1950s and 1960s, with live Q+A