Natalija Majsova on Soviet and American Sci-Fi Cinema of the 1950s and 1960s, with live Q+A 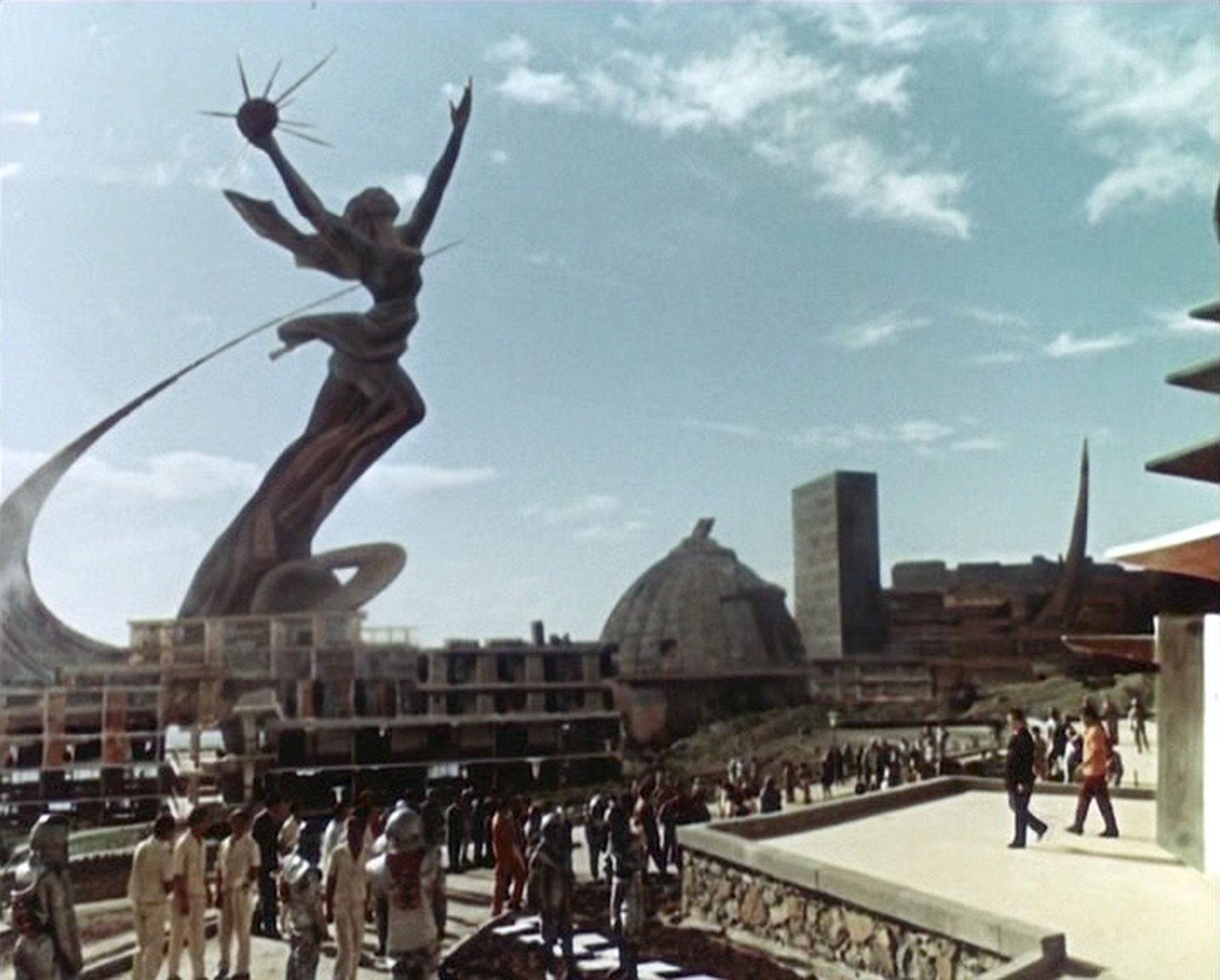 We will host a live Q&A with Natalija Majsova on Instagram on Wednesday, 27 May, at 2:00pm Montréal time (8:00pm Central European Time). Questions for the Q&A may be submitted to public@cca.qc.ca or left as comments on YouTube.

The launch of Sputnik and the first manned spaceflights sparked public interest in science fiction and resulted in a surge, in the USSR, of films about space exploration. This did not go unnoticed in the United States, the USSR’s rival in the cold war and astroculture alike. Thanks to Roger Corman, Soviet productions such as Aleksandr Kozyr and Mikhail Karyukov’s thriller The Heavens Call (1959) and Pavel Klushantsev’s space exploration masterpiece Planet of the Storms (1962) were adapted for American audiences. Even Stanley Kubrick’s iconic 2001: A Space Odyssey (1968) relied on drawings created for The Heavens Call by artist Yuri Shvets.

But what lies behind the pioneering technical solutions? The Soviet cinemascape of the 1950s and 1960s also includes Klushantsev’s popular scientific feature The Road to the Stars (1957), Viktor Morgenstern’s scientific drama for youth I Was a Satellite of the Sun (1959), Mikhail Karyukov and Otar Koberidze’s space melodrama Toward a Dream (1963), Evgeni Sherstobitov’s tribute to interplanetary communism Andromeda Nebula (1967), and Irina Povolotskaia’s offbeat The Mysterious Wall (1967). This heterogenous mix provides a unique glance into filmic constructions of the Soviet future and its interactions with the United States during the Khrushchev Thaw, and sets out some of what would become classical tropes of Soviet science-fiction film for decades to come.

This lecture is part of Search for a new New World. The more frustrated you are on earth, the more you hope for in space. Moving beyond the terrestrial focus of the exhibition Building a new New World, four case studies from before the revolution to the space race look to Russian sci-fi to probe individual hopes and ideas about new societal organization. Inherently experimental, sci-fi stories and films could reflect on what was and wasn’t possible in Russian reality and think beyond it.

Natalija Majsova is Assistant Professor in the Centre for Cultural and Religious Studies at the University of Ljubljana, where she researches post-socialist culture and film, space-age aesthetics, and comparative astrocultures. She recently published The Constructor, Aesthetics, and the Cosmonaut: Outer Space in Contemporary Russian Film 2001–2017 (2017).

Video release and live Q&A: Fred Scharmen on Domestic Life in Space in the 1970s