(–)
Will Happiness Find Us?
What about the provinces?
A history of references
Into the material world
Take care
Nature reorganized
Ideas of living
The Other Architect
Origins of the digital
The rest of your senses
Journeys and translation
What the future looked like
The planet is the client
Technology sometimes falls short
What you can do with the city
Let us assure you 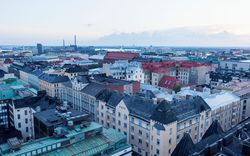 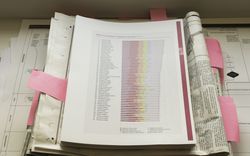 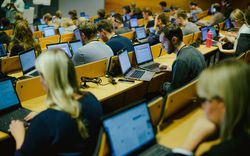 What is an emotion today?
Published: 8 February 2019 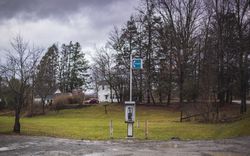 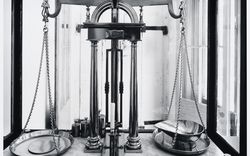 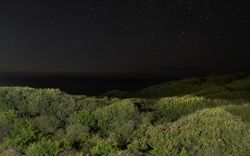 Darkness, Silence, and Nature as a Political Plan
Published: 8 November 2019 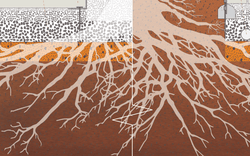 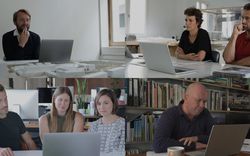 What should we do if they want to be happy?
Published: 20 December 2019 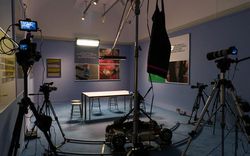 Print article
What about the provinces?
A history of references
Into the material world
Take care
Nature reorganized
Ideas of living
The Other Architect
Origins of the digital
The rest of your senses
Journeys and translation
What the future looked like
The planet is the client
Technology sometimes falls short
What you can do with the city
Let us assure you

Will Happiness Find Us?

What does “home” mean to you? How much do you trust your neighbours? Do you feel responsible for conserving the natural environment? Subjective evaluations of well-being increasingly affect design at different scales, from material specifications to urban policies. Self-care displaces care for the common good, and happiness, once a tenet underpinning the post-war social-democratic project, becomes a commodity. Navigating the shift from collective welfare to individual well-being, this issue presents a “happiness industry” as expansive as its evasive subject. Will I find happiness? Could happiness find me? Does architecture aid, or hinder, the search?

The title of this issue is a nod to the book Will happiness find me? by Peter Fischli and David Weiss.

What is an emotion today?

A Positive Sense of Connection

Darkness, Silence, and Nature as a Political Plan

What should we do if they want to be happy?

Should we worry?
Load previous article
Article 3 of 9

What is an emotion today?

There have been lots of different theories of emotions and sentiments and passions over time, but the notion of an emotion as we currently understand it really arises in the late nineteenth century and, interestingly, relates to the rise of photography. The way emotion was conceived in the work of Charles Darwin was very influential here: he would study photographs of animal faces to try and see what emotions they conveyed. It’s quite difficult to do a scientific study of a particular facial expression if you can’t capture it in some way and render it static, so in a way the contemporary study of emotion began with photography of the face, and today one of the frontiers of emotional AI is in facial analysis.

Our understanding of emotion therefore has a physical dimension. William James, an American philosopher and psychologist, wrote probably the most famous paper in the history of emotions around 1890 called “What is an Emotion?,” and in that he argues that an emotion is something that arises from the body and then enters the mind—it meets the mind, noticing how the body is feeling, basically. So there’s always been this ambivalence of mind and body in terms of what an emotion is. There have also been deeply sexist ideas about emotions according to this logic. Throughout history there have been claims that women’s minds are influenced by their bodies in ways that men’s minds are not. This is one of the ways in which emotion has been denigrated through history, is to associate it to femininity and to frame it within a patriarchal hierarchy.

Today it is useful to try and recognize that the emotion of feeling contains these two different senses—the mental and the physical. On the one hand, we think of feeling as an emotion (I feel sad or I feel happy) but nevertheless, in the strict sense, it is something that emerges within me in some way. An emotion is not just a purely mental phenomenon, it conveys important information. This is what people like Martha Nussbaum, the American philosopher and professor of law and ethics, and others have written about: emotions actually tell us important things about the world. If you feel scared about a situation or feel love, then this is crucial information: these are very important forms of data which we learn to interpret, understand, and act upon, and in that way we are able to survive and to care for each other.

But an important recent question is: what is different about what we call feelings from what we call facts? A key difference is that a feeling is something happening in real-time, in the sense that feeling is useful in situations where we need immediate feedback. We need to know: where are we, are we safe, what kind of thing is this, what’s going on right now? The spread of digital technology through which we have constant flows of data, constant twenty-four hour news, is turning us into feeling creatures who expect to have things presented to us all the time. We don’t expect to be completely out of touch and then get a report from a journalist, which is how the public sphere received its news for hundreds of years. People went on with their lives and then every so often a professional, journalist, expert, reporter, or someone whose job it was to tell us how the world is, would come and tell us a load of facts. And a fact is something that takes some time to assemble: you have to go and collect bits of data, analyze them, interpret them, and decide whether they’re bogus or not, and then put them into some kind of report. That is necessarily a post-hoc way of knowing the world. It’s always about things that are over: “These things have happened, they are now facts.”

Now we want to know about things as they are happening. The problem with this is that, firstly, it makes it difficult to ever achieve an objective view of the world, or to achieve consensual facts—a phenomenon that is often called post-truth; and secondly, it generates a certain anxiety because, while feeling gives you (whether in the emotional sense or in that of feeling your way around the room) sensitivity to what’s happening now, it doesn’t ever give you reassurance of understanding the actual scale of an issue or a complete narrative. The brain obviously has the capacity to memorize and process and then to recall and generate perspectives and so on, but we have come to privilege a form of real-time connectivity that actually makes feelings of security, comfort, and cognition harder to come by. So you end up in a state of nervousness that is a result of being in a media environment that heightens our levels of emotion and feeling more so than our levels of knowing.

This excerpt is taken from an interview conducted with William Davies by Francesco Garutti. The full interview will be published in a book accompanying the forthcoming exhibition Our Happy Life.