(–)
Figuring Territory
Of Migration
A Social Reset
With and Within
Will Happiness Find Us?
What about the provinces?
A history of references
Into the material world
Take care
Nature reorganized
Ideas of living
The Other Architect
Origins of the digital
The rest of your senses
Journeys and translation
What the future looked like
The planet is the client
Technology sometimes falls short
What you can do with the city
Let us assure you 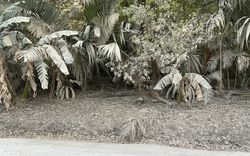 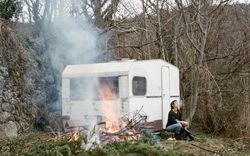 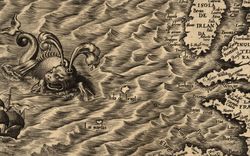 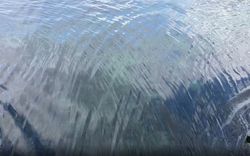 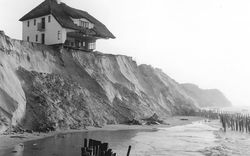 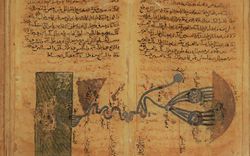 Metaphors for the Nile
Published: 15 August 2022 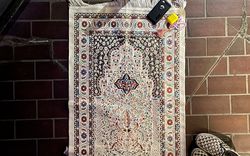 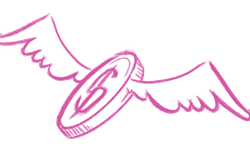 Capital in Motion and the Reproduction of Empire
Published: 31 October 2022 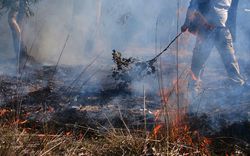 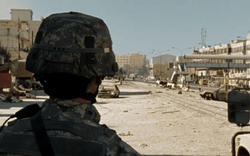 Print article
Of Migration
A Social Reset
With and Within
Will Happiness Find Us?
What about the provinces?
A history of references
Into the material world
Take care
Nature reorganized
Ideas of living
The Other Architect
Origins of the digital
The rest of your senses
Journeys and translation
What the future looked like
The planet is the client
Technology sometimes falls short
What you can do with the city
Let us assure you

How does a territory come to be identified, physically or figuratively, and who constructs that definition? While the term “territory” is often used to describe a specific, delineated body of land, power, or knowledge, such a formal definition is complicated—even obscured or negated—by the flows of materials and memories that circulate across boundaries and timeframes. This issue looks to reveal the malleability of territories and the ways that they are and could be figured through infrastructure, media, bodies, and identities.

On Phantom Islands and Unknown Lands

Metaphors for the Nile

“Although [buildings] have the materiality of cement, brick, and concrete—and are implanted in cities, transforming their landscape and ways of functioning—these objects are, at the same time, abstractions, fractions of units of value circulating in the financial sphere.”
— Raquel Rolnik, Urban Warfare, 57.

In “Epistle III: To Allen Lord Bathurst,” Alexander Pope (1688–1744) tells the story of an “unsuspected old Patriot” who, having received a bag of guineas from the king as a bribe, begins to silently make his way out of the castle.1 The bag bursts open from the weight of the coins, and a “dropping guinea” speaks, “[jingling] down the back-stairs,” betraying the corrupt dealings of the old man and his king.2 In this epistle, composed around 1730, Pope compares the “speech” of the metallic coin—its sonoric material manifestation—to the stealth and silence of paper credit, a form of currency only recently introduced in England.3 This new form of money, fitted with “lighter wings to fly,” could “[sell] a king, or [buy] a queen,” unseen and silent.4

Metallic money—coins minted of precious metals—had already offered a compact and less-cumbersome means of exchange compared, for example, to forms of proto-money like the squares of fur used as currency in Russia under Peter the Great (1682–1725).5 But heavy metallic money too, notes historian Fernand Braudel, had its “mechanical problems.”6 In eighteenth-century Naples, for example, the value of all copper, silver, and gold coins in circulation equaled 18 million ducats, while the total outstanding payments owed among all parties amounted to a value of 144 million ducats.7 This worked only through constant circulation: “Each coin must change hands eight times.”8 If, as Karl Marx wrote, capital is value in motion,9 then the weight and materiality of metallic money would soon render this form of currency “slow to fulfill its functions,” and would have to be “pushed forward or somehow replaced.”10

Colonization of the Americas by European empires propped up the predominance of metallic currency in Europe and relieved the circulation pressure on the monetary supply. And yet, the vast expansion in the volume of trade that ensued—with the formation and development of capitalism—propelled a shift away from precious metals and toward lighter and less material forms of money (like the secured, private banknote).11 Anthropologist Shannon Speed (Chickasaw) writes that “European settler colonialism was the catalyst of capitalism’s expansion and continues [italics added] to structure life under capitalism as it moves through different phases.”12

Airborne Money and Its Spatial Fixes

In Pope’s time, money was fitted with wings metaphorically: gold, with the added wings of a lighter currency like paper credit, can accomplish the “hardest things”; a single paper leaf can “waft an Army o’er or ship off Senates to a distant Shore.”1 However, the winged money of Pope’s time still relied on slow circulation infrastructure; wafting “an Army o’er” would have been heavy and cumbersome. In our own time, the poetics of “airborne” money (a term used by urban planner and housing expert Raquel Rolnik) feel far less metaphorical: with the aid of circulation infrastructure based on instantaneous telecommunication, value can circle the globe in less than a second.2

As currency becomes increasingly less physical and more abstract (from fur to gold coins to paper to air) its so-called value takes on an increasingly geographic dimension. Under capitalism, money constantly requires new frontiers for expansion, or places to land (Rolnik’s formulation)—what economic geographer David Harvey has termed capitalism’s spatial fixes.3 These are, quite simply, the places where money seeks to reproduce itself. The concept is derived in part from the English definition of the term “fix,” meaning (1) fastening or securing something to a place, and (2) repairing something.4 The second definition, Harvey explains, also has a metaphorical derivative, commonly used to describe something needed to satisfy an addiction (i.e. getting one’s fix).5 This typically provides a temporary repair, and it soon requires further fixes. It is with these definitions in mind that Harvey used the concept of the spatial fix to describe capitalism’s addiction to fixing its “inner crisis tendencies” by “geographical expansion and geographical restructuring.”6

In an open, territorial expansion (akin to Harvey’s geographical expansion), spatial fixes register as new claims in the unconquered wilderness—what architect Lars Lerup describes as a “struggle of economics against nature”7—moving outward radially from a central point and from air to land. When the system becomes closed (akin to Harvey’s geographical restructuring), the new frontiers must necessarily be generated from within existing territory, following a cyclical pattern of blight and renewal—a contrived obsolescence that serves only the needs of capital itself. “[Capital] has to build a fixed space (or ‘landscape’) necessary for its own functioning at a certain point in its history,” writes Harvey, “only to have to destroy that space (and devalue much of the capital invested therein) at a later point in order to make way for a new ‘spatial fix.’”8

Creation breeds destruction; economy consumes nature. The machine becomes the garden. Vestigial organs thicken and bloat. The new gods claim their space, sterilizing territory and numbering parcels. The undigested chaff collects in the corners. Bodies labour amid fragments of broken nature to erect the next colossus…

As Rolnik notes, in recent decades, the volume of airborne money has exceeded (as a result of hyper-accumulation) the number of places where capital can get its fix: “This ‘wall of money’ increasingly [seeks] new fields of application, transforming whole sectors (such as commodities, education financing and healthcare) into assets to feed the hunger for new vectors of profitable investment.”1 When this process takes place—the priming of a sector for the landing of capital—the objects and landscapes it affects live in two primary states simultaneously: The first is their physical state that we are all familiar with (for example, “[their] materiality of cement, brick and concrete”); the second their abstracted value (“fractions of units of value circulating in the financial sphere”).2 In other words, objects and territories are both their presence and the impact on the lives they help to shape. They are also monetary flows plugged into global financial networks. Increasingly, this is where (and how) money lives.

…Pried loose from the Earth’s crust, powdered and reforged, these lifeless things that still survive: mirrored glass, concrete, and steel. Extraction and thickening, valleys and bulges; the desert is the last oasis. The hot air of Empire presses against the outside air…

Unlike the jingling coins of the old Patriot, the monetary flows that build objects and territories today are silent, invisible. They move in every direction, jumping from air to land and from land to air. Today’s money rarely speaks through literal jingling. It speaks both with the way it writes—and resides in—territories (sprouting high-rises, highways, and oil wells) and the way it unwrites them (waging wars on vulnerable bodies and lands). As Pope predicted, “a leaf, like sybils, scatter to and fro Our fates and fortunes, as the winds shall blow; Pregnant with thousands flits the scrap unseen, And silent sells a king, or buys a queen.”1 Money speaks at once through the construction crane and the wrecking ball.

…Against the fury of combustion and consumption, nature-in-struggle (the vast outside) and its orphaned bodies move and sing in revolt. Against the mechanized cacophony, our nature calls to itself and recalls the strength and reach of its voice. The streets swell with gatherings, the body remembers itself. The hot air vibrates with story and song. In the convergence, place and time collapse to reveal shared air, shared land, shared futurity. The vast outside knows its continuity.

This piece was conceived of in collaboration with Sumayya Vally. The author is grateful to Lauren Phillips, Gabriela Palomo, and Stefan Novakovic for their contributions and feedback.